Biryani in a wrap! 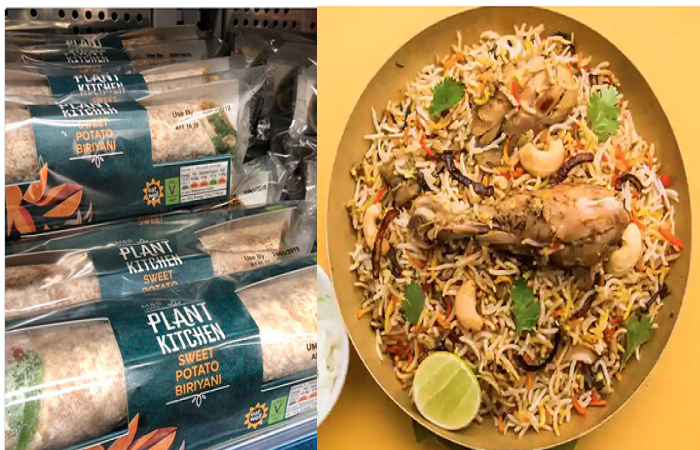 Would you relish the tingling flavours of a biryani wrapped in a roti?

Foodies and connoisseurs may shudder at the thought of confining biryani inside a roti, but a prominent food retailer in Britain has done just that, raising a welter of protest as well as some delight at the experiment.

The long history of Indian food in the UK has seen versions of original dishes that may or may not exist back home. For example, the ‘chicken tikka masala’ is a British invention, now elevated to the status of the country’s national dish.

But retail major M&S has taken it further by referring to the Mughal era dish and offering what it calls ‘sweet potato biriyani wrap’, described as “fragrant sweet potato, basmati rice and buckwheat with a fresh kachumber salad and mango chutney, in a wholemeal roti wrap”.

It hit the headlines when food writer Maunika Gowardhan tweeted its image, and said: “Thanks but I like my biryani with rice in a bowl not a wrap. Seriously M&S!?” Some took issue with the spelling (‘biryani’), while others alleged there is “no frigging rice in there”.

“A biryani is a labour-intensive method of cooking. You layer everything. There’s saffron, there’s cardamom, some regions have rosewater, garam masala. This is a complete misrepresentation of what the dish is. All you are doing is using the name, not the dish. Biryani is not a flavour, biryani is a dish.”

But the retailer said: “M&S is famous for its food innovation and our developers use a fusion of different flavours and ingredients to create an exciting range of products to appeal to customers’ tastes.”

As more tucked into the row, celebrity chef Vivek Singh called for a relaxed approach, questioning rigidity and lack of experimentation in cuisines: “I don’t think there is a holy grail of what a biryani should be…People in Britain love biryani as much as most of us from the sub-continent.”

“I don’t have a very rigid view of what authenticity is. I have spent a good part of my cooking life trying to challenge perceptions and push boundaries. I don’t think even my food is authentic,” he told .

According to Cook, it is a national dish “not only because it is the most popular, but because it is a perfect illustration of the way Britain absorbs and adapts external influences. Chicken tikka is an Indian dish. The masala sauce was added to satisfy the desire of British customers.”