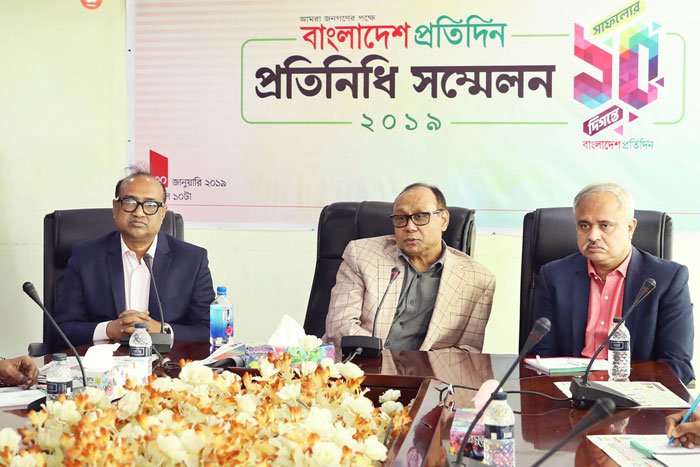 Bashundhara Group Chairman Ahmed Akbar Sobhan has urged newsmen to focus more on the sufferings of people as he believes people are facing challenges everywhere while exercising their rights to get services.

He made the call while addressing a conference of local correspondents of Bangladesh Protidin at the conference room of East West Media Group Ltd (EWMGL) in Bashundhara residential area of the capital on Wednesday.

"Even being the owner of one of the leading industrial conglomerates of Bangladesh, I face a lot of troubles. So, I can easily understand the condition of common men," Ahmed Akbar Sobhan said.

Noting that one of the main duties of the government is to ensure people's rights to education and healthcare, he said: "However, these sectors have been found to be the most corrupt ones. Despite repeated warnings from the government, doctors in rural areas are not giving service to patients at government hospitals. Rather they continue practice at private clinics."

"Failing to get proper treatment, rural people come to Dhaka for treatment purpose and often fall prey to touts who offer them better treatment," he added.

“People now get all news of the day from various platforms like televisions, mobile phones and online portals. But print media are still a tradition and it will last forever. The tradition must be retained by any means.”

He urged the media to focus on how Bangladesh achieved the independence and attained successes in different fields.

“The spirit that led the nation to the Liberation War must be upheld among the young generation of the country. The media should make them know how the country achieved the independence and how Bangladesh reached the today’s position,” he added.

Ahmed Akbar Sobhan urged all to remain alert to conspiracies hatched by the anti-liberation forces.