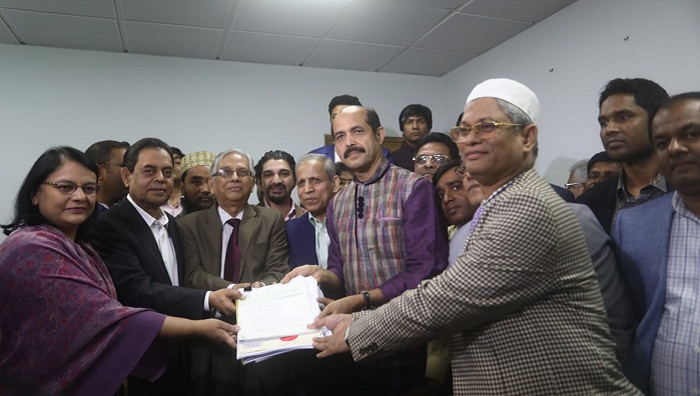 He submitted the paper to returning officer of DNCC election Abul Qasem at his office at Electoral Training Institute (ETI) in the city’s Agargaon area this afternoon.

Elections to the DNCC and DSCC were held on April 28, 2015. But, the mayoral post of the DNCC remains vacant as DNCC Mayor Annisul Huq died on November 30 in 2017.

On January 9, 2018, the Election Commission announced the election schedule for holding the by-polls to the DNCC mayoral post on February 26 on the same year. But, the election was postponed following a High Court order on a writ petition over boundary demarcation.

On January 16 this year, the High Court cleared the way for holding election to the city corporation mayoral post and polls in the 36 new wards under the two city corporations.

On January 22, the EC announced the fresh schedule for holding by-poll to DNCC mayoral post and elections to the councilor and reserved councilor posts in the newly extended 36 wards of the DNCC and Dhaka South City Corporation (DSCC) on February 28.