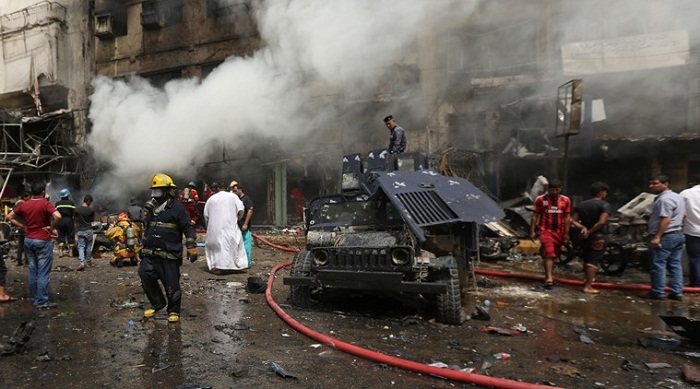 Four Iraqi policemen were killed Sunday in two back-to-back bomb blasts north of the capital, officials said, in an attack claimed by the Islamic State group.

"At around 8:00 am, the police officers were taking up their post at the southern entrance of Al-Sharqat," the town's mayor, Ali Dodah, told AFP.

"One bomb went off, killing two police officers and wounding eight. An hour and a half later, as reinforcements arrived, a second bomb went off," Dodah said.

A police officer speaking on condition of anonymity confirmed the first blast's toll to AFP and said the second explosion killed two officers and wounded three.

And a medical source at Al-Sharqat's hospital confirmed a total of four officers were killed.

It was one of the last areas recaptured by the government, which announced several months later that it had ousted IS from Iraq.

But hit-and-run attacks -- particularly assassinations and kidnappings of local officials -- still take place and hint at an underground network of IS sleeper cells in some of the country's most remote areas.