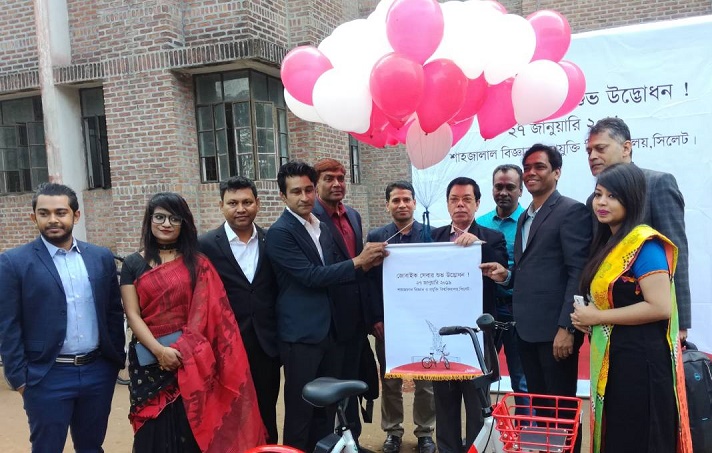 The country’s first Bicycle sharing service, Jobike, has started its operation in the Shahjalal University of Science and Technology campus.

The service was first launched in the tourist city of Cox’s Bazar in last year.

Apart from Cox’s Bazar, the service has already been launched commercially in two public universities in Jahangirnagar and Chattogram and the capital’s Mirpur DOHS.

The service has been inaugurated in front of ‘E’ Education Bhaban in the SUST campus at 10 am on Sunday.

Jobike Chief Executive Mehedi Reza told UNB that the service will now be available in the campus on a pilot basis beginning with 35 bicycles.

“We will increase the number of bicycles to 100-150 by March. Not only in SUST campus but also we will spread the services to the entire Sylhet city by the end of 2019 if there are enough parking places and supports from local people and the government,” he said.