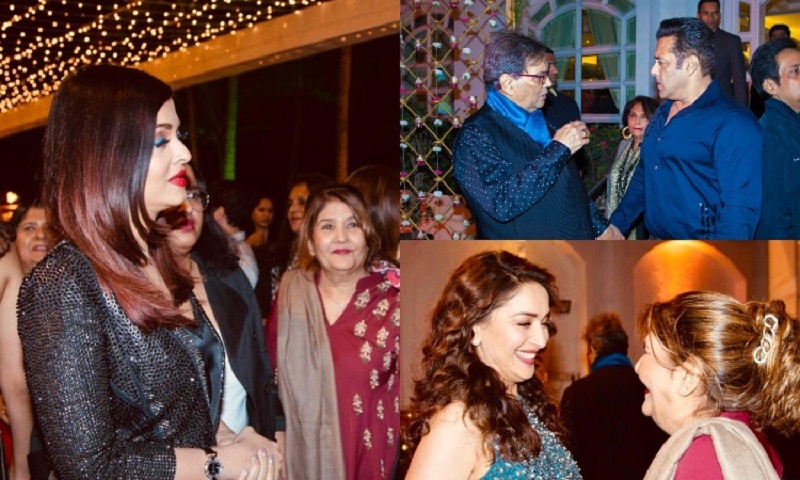 Veteran filmmaker Subhash Ghai celebrated his 74th birthday on January 24. His daughter Meghna Ghai Puri threw a party for her dad, which saw a bevy of big names from Bollywood grace the function. Among the stars who were spotted at the do were Salman Khan, Aishwarya Rai Bachchan, Madhuri Dixit and Jackie Shroff. All the stars have worked with Ghai — Madhuri and Jackie Shroff (Ram Lakhan, Khalnayak), Aishwarya (Taal) and Salman (Yuvraaj).

In the pictures that are online, we see Subhash meeting Madhuri, Aishwarya and Salman warmly.