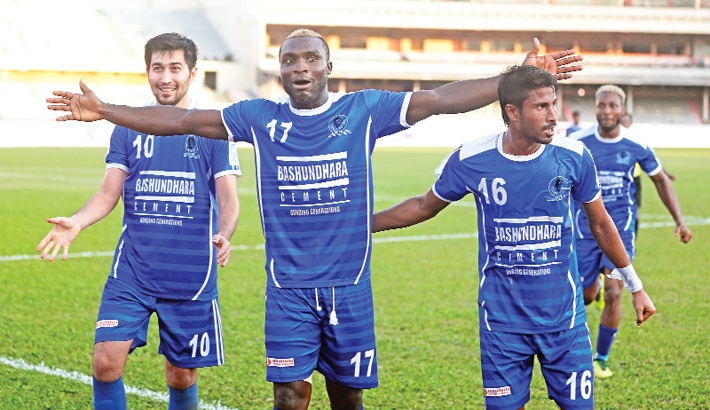 Brothers Union took the lead early in the match as their foreign recruit Leonardo Lima scored a sneaky goal from penalty on the 10th minute of the match.

But, Sheikh Russel prized forward Raphael Odoyin equalised the scoreline on the next minute with a stunning header from the D-box off a long throw of Bishwanath Ghosh. Raphael went on with right wing attacks and lured Brothers goalkeeper Sujon Chowdhury forward to place the ball past him to score the second goal for Sheikh Russel on the 20th minute.

Desperately looking to restore parity, Brothers forward Lima managed a beautiful right-footer in a 1:1 with Russel goalkeeper on the 37th minute of the match.

Sheikh Russel continued to press on with their attacking ploy in the second half and soon enough Brothers gave in to the pressure as Russel earned their winning goal from a centre line cross from Russel forward Alex Rafael which was turned into own goal by Brothers defender Ashraful Karim.