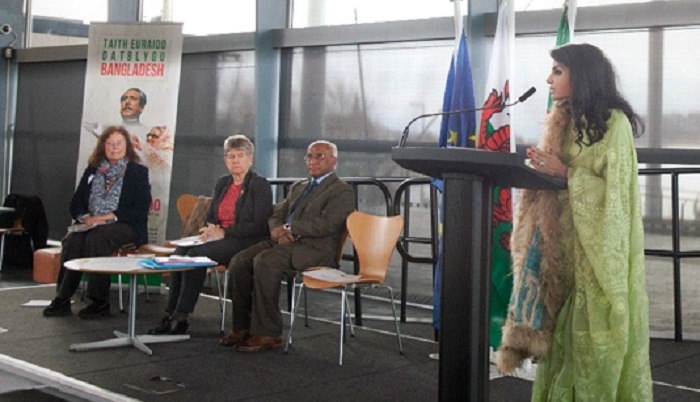 Bangladesh has said its readymade garment (RMG) industry that complied with the international standard set by the buyers now needs fair pricing to meet any higher compliance.

Bangladesh High Commissioner to the United Kingdom Saida Muna Tasneem told this while delivering a speech at the National Assembly for Wales in Cardiff on Tuesday.

Deputy Ministers and Assembly members of Wales, British-Bangladeshi academics, politicians, development activists and community leaders participated in the discussion on a study titled “Bangladesh- a golden journey to development”.

She said 85 percent of the garment factories in Bangladesh had already met the international standard, assessed by Accord and Alliance — the two international organisations of major global retailers and value chain.

“For ensuring the higher standard, which is a major challenge, the RMG sector needs to be paid more,” said Tasneem.

Highlighting the priorities for the third tenure of the government of Prime Minister Sheikh Hasina, Tasneem said the government has envisioned a prosperous Bangladesh implementing a number of mega projects for driving GDP growth to 10 percent by 2021.

Putting importance on strengthening further bilateral relations between Bangladesh and Wales, Tasneem proposed that the areas of greater cooperation could be in promoting tourism and heritage besides exploring new avenues of trade and investment.

She called upon the Bangladeshi people living in Wales to come up with their ideas, innovations and investment to make Bangladesh a prosperous country.

The participants in discussions lauded the recent development in Bangladesh and suggested that the issues related to climate change, population growth and community healthcare should be addressed taking effective measures for sustainable economic growth.

Study Circle researcher Shajia Sultana Snigdha gave a brief on the study and its Coordinator Jamal Khan gave the vote of thanks.

In Cardiff, the high commissioner also held meetings with leader of Cardiff Council Huw Thomas, Head of Economic Development of Cardiff Council Ken Pool and Director of South and Mid Wales Chamber of Commerce Heather Myers for discussing the ways of expanding bilateral trade and investment between Bangladesh and Wales.