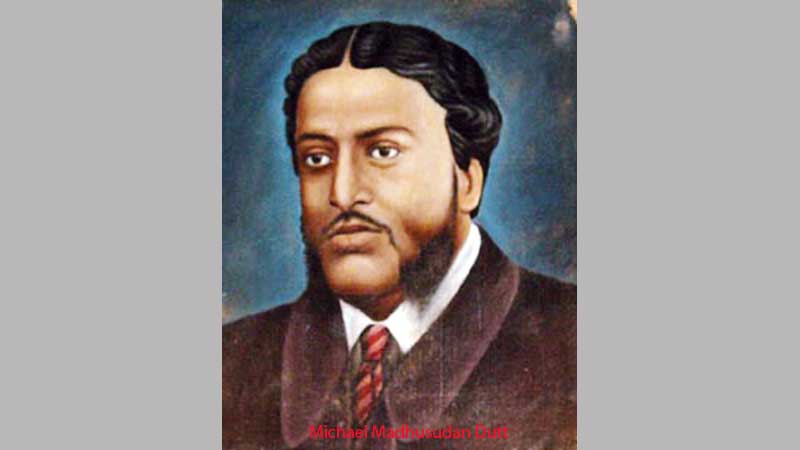 The 195th birth anniversary of legendary Bengali poet and father of Bengali sonnet Michael Madhusudan Dutt is being observed today with pomp and grandeur.

Sagordari, ancestral home of the great poet, in Jessore district has been witnessing a week-long mirth and merriment marking the birth anniversary of Madhusudan, who is called Mahakobi (epic poet) for his tragic epic 'Meghnad Bodh Kavya'.

A fair titled "Madhu Mela", featuring staging of drama, recitation of poems, setting up of small shops and cultural functions, are among the programmes chalked out to celebrate the birth anniversary of the celebrated son of this soil.

The Madhu Mela has been drawing hundreds of curious visitors at the fair venue at Sagordari under Keshabpur upazila.

On January 25, 1824 Madhusudan Dutt was born to land lord Raj Narayan Dutt and Janhabi Devi at Sagardari under Keshabpur upazila in Jessore.

His most famous literary work is sonnet "Kapatakkha Nad". Kapatakkha Nad (river) is flows through Jessore, the poet's ancestral home.