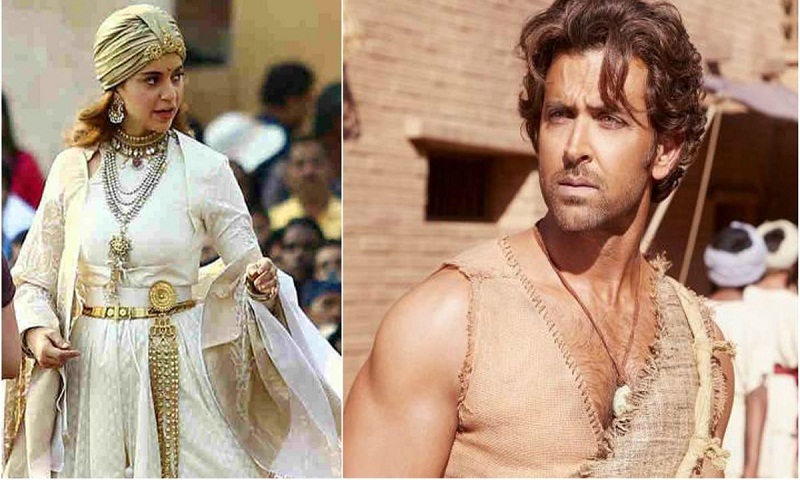 The Kangana Ranaut-Hrithik Roshan controversy that broke out in March 2016 continues to dominate the entertainment industry news. The cold war between the actors seems to be a never-ending one and the actress is in no mood to leave it behind.

Kangana’s upcoming film Manikarnika: The Queen of Jhansi releases this week, and just two days before that the audience pointed out that a dialogue from the trailer was similar to that of Ashutosh Gowariker’s Mohenjo Daro (2016), which featured Hrithik Roshan in the lead.

However, Kangana Ranaut dismissed the comparison. In an interview to Mumbai Mirror, she gave a sharp reply: “Who has seen that film? Let’s not even get there.”

On the other hand, the producer of the film, Kamal Jain, also reacted and said there couldn’t be a copyright on one dialogue and that line was a very general comment.

Initially, Kangana Ranaut’s Manikarnika: The Queen Of Jhansi was supposed to clash at the box office with Hrithik’s Super 30. However, the release of Super 30 has now been pushed to July 26.