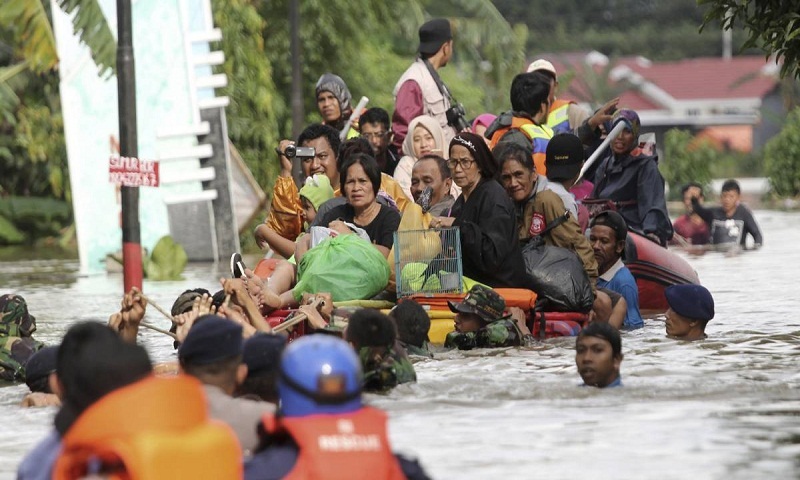 The dead included two infants who drowned and a man who was electrocuted after the floods began late Tuesday, said Adnan Purichta Ichsann, the chief of Gowa district near Makassar, the provincial capital of South Sulawesi.

Rescuers were evacuating residents to shelters at a government office and mosques, Ichsann said. The national disaster agency said four people are missing and more than 2,000 were in temporary shelters. It said nine districts including Makassar were affected.

Indonesian TV and video posted on YouTube showed half submerged homes and rescuers in boats reaching people clinging to tire inner tubes in the floodwaters.

Staff at the Bili Bili dam, a rock-fill embankment, didn't have time to provide advance warning of the water release, Ichsann said.

"Torrential rain caused a dam to be overwhelmed by water, forcing us to open it to prevent a greater danger. This is what caused flooding in some areas," Ichsann said.

Deadly landslides and floods are a frequent occurrence during seasonal rains in Indonesia. A landslide in Sukabumi on the main island of Java earlier this month killed 32 people.

Ichsann said the death toll could rise as areas hit by landslides are still being searched.

Several bridges were damaged by the flooding and power cut off in affected areas.