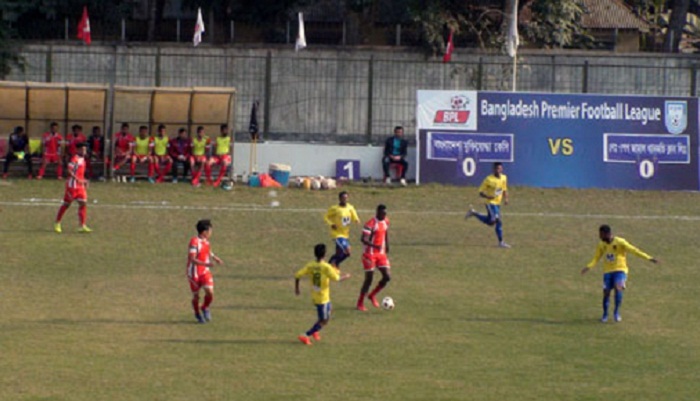 The winners’ led the first half by 1-0 goals.

In the day’s match, striker Famousa put the freedom fighters ahead in the 44th minute (1-0) and after the lemon break he doubled the lead scoring his second goal in the 67th minute (2-0).

Famousa completed his hat-trick scoring his third goal for Muktis one minute before the long whistle (3-0).

Muktijoddha dominated the entire proceeding, especially in the second half, and notched their deserving victory while Sheikh Jamal was totally off-colored and failed to create any real scoring chance.