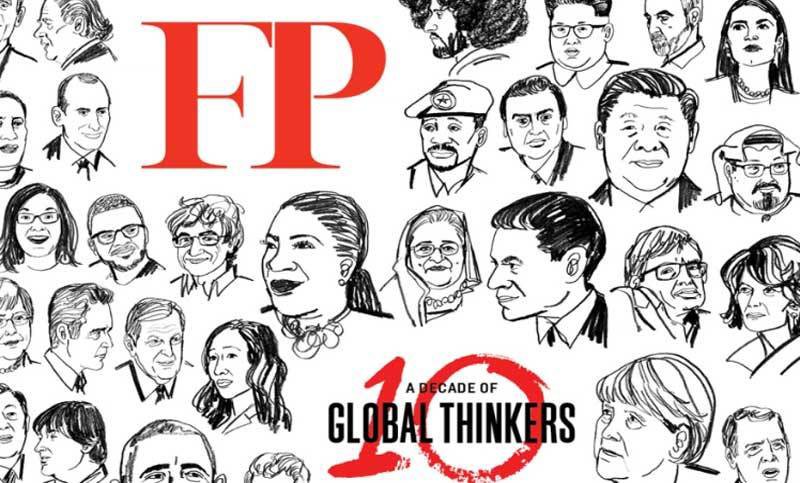 Bangladesh Prime Minister Sheikh Hasina has been emerged one of the top 10 global thinkers in Defence and Security category in the Foreign Policy magazine's 2019 list of 100 top 'Global Thinkers'.

Adjudging Sheikh Hasina as a great leader, the "Foreign Policy" magazine wrote--Sheikh Hasina has responded to the greatest security challenge facing Bangladesh with a generosity that she has not always shown her opponents at home. Rather she welcomed the approximate 700,000 Rohingya, allowing them to remain in her country, who fled persecution in Myanmar.

There are signs, however, that she may not stay the course as elections near: Despite opposition from UN officials and human rights groups, her government is making moves to repatriate several thousand Rohingya, it added.

This time, the authorities split this year’s list of 100 into 10 groups.

To start things off, they singled out 10 nominees who—by highly scientific calculations—have had the greatest impact on the past decade.

After that are people 40 and under, followed by the most influential minds in the areas of defense and security, energy and climate, technology, economics and business, science and health, and activism and the arts.

A category of Global Thinkers chosen through an online readers’ poll has also been added. And since so many amazing people died in 2018, they featured some of them as well, in a category called The Departed.