Cardiff in 'shock' over Sala's disappearance 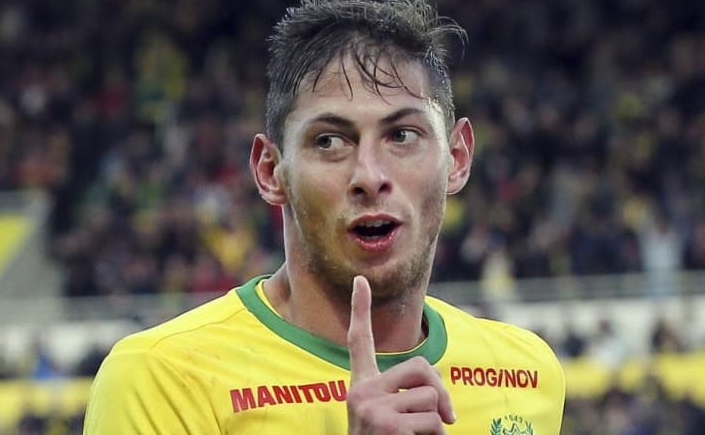 Sala, 28, is feared dead after contact was lost with the aircraft taking him back to Wales after saying goodbye to his former Nantes team-mates last night.

The Argentine striker was due to train with his new team-mates for the first time this morning, but Choo explained that training had been cancelled.

"We were very shocked upon hearing the news that the plane had gone missing. We expected Emiliano to arrive last night into Cardiff and today was due to be his first day with the team," Choo said in a club statement.

"Our owner, Tan Sri Vincent Tan, and chairman, Mehmet Dalman, are all very distressed about the situation.

"We made the decision first thing this morning to call off training with the thoughts of the squad, management staff and the entire club with Emiliano and the pilot.

"All of us at Cardiff City FC would like to thank our fans, and the entire footballing family for their support at this difficult time.

"We continue to pray for positive news."

French civil aviation authorities confirmed that Sala "was on board the plane". It is thought there was one other passenger on the aircraft.

Sala, who had been at Nantes since 2015 and had scored 13 goals in all competitions this season, had signed a three-and-a-half-year contract with relegation-threatened Cardiff on Saturday.

"You could see the happiness on his face to sign for Cardiff, one of the best days of his life was what he expressed," added Choo in an interview with the club's TV channel.

"We are very sad and would like to thank all the people trying to support us today.

"We have received lots of emails and support from Premier League executives too. We are waiting for information like everybody else, waiting for the authorities on the whereabouts of the plane and the circumstances."

Nantes have had their French Cup match against third-tier side Entente SSG on Wednesday postponed.

Cardiff are not due in action again until January 29 at Arsenal and Choo said no such thought had been given to rearranging fixtures with the priority instead supporting Sala's family.

"We are trying to communicate with them, the agent of the player and the family," he added.

"We like to reach out to the family because it's a very tough time.

"At this point in time we just want to know if he and the pilot are OK."