Prolonged presence might threaten stability in region, beyond, he says 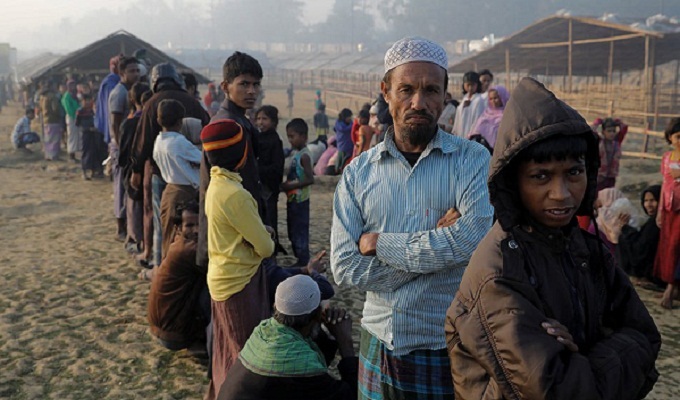 Foreign Minister Dr AK Abdul Momen on Monday urged the international community, including UNHCR, to put utmost efforts for the early repatriation of Rohingyas with dignity and safety.

He said the protracted presence of the Rohingyas in Bangladesh might threaten the peace and stability of the region and beyond.

Minister Momen made the remarks during a meeting with newly-appointed UNHCR Representative in Bangladesh Steven Corliss at the Ministry of Foreign Affairs after Corliss presented his credentials to the Foreign Minister.

Foreign Minister welcomed Corliss, who replaced Shinji Kubo, with warmth and highlighted on Bangladesh’s centuries-long ethos of putting humanity above all.

Highlighting the Prime Minister’s three-point proposal during the last UN General Assembly and the recommendations of the UN Independent International Fact-Finding Mission on Myanmar and the Kofi Annan Commission, the Foreign Minister urged UNHCR Representative to emphasise addressing the root causes of the Rohingya crisis.

Corliss mentioned that during his visit to Cox’s Bazar, the Rohingyas he met all wanted to go back to their country and emphasised sustainability of their return.

The Foreign Minister assured of full support to the UNHCR, mentioning that UNHCR is a very credible organization.

He wished Corliss a successful tour of duty in Bangladesh.