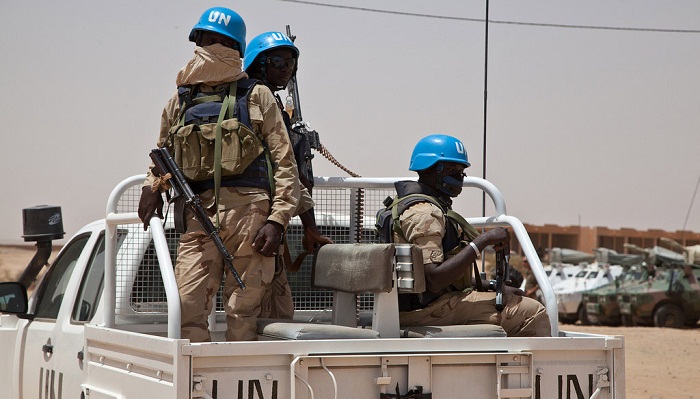 Gunmen killed 10 Chadian peacekeepers and injured at least 25 others in an attack on a UN camp in northern Mali on Sunday, one of the deadliest strikes against the UN mission in the West African country.

UN Secretary-General Antonio Guterres strongly condemned what he described as a "complex attack" on the camp in Aguelhok, in Kidal region and called for the perpetrators to be brought to justice.

"Ten peacekeepers from Chad were killed and at least 25 injured," said a statement from UN spokesman Stephane Dujarric.

The gunmen struck early Sunday at the Aguelhok base 200 kilometres (125 miles) north of Kidal and towards the border with Algeria, according to a source close to the MINUSMA mission.

"MINUSMA forces responded robustly and a number of assailants were killed," Dujarric said, without specifying the toll.

Mahamat Saleh Annadif, the UN envoy for Mali, condemned what he called a "vile and criminal" attack.

"Peacekeepers of the MINUSMA force at Aguelhok fought off a sophisticated attack by assailants who arrived on several armed vehicles," he said in a statement.

The attack "illustrates the determination of the terrorists to sow chaos.

"It demands a robust, immediate and concerted response from all forces to destroy the peril of terrorism in the Sahel."

On Sunday, France's Defence Minister Florence Parly told French radio that the G5 Sahel anti-jihadist force in the region was resuming its operations.

They were suspended after an attack on their headquarters in mid-2018. The G5 force comprises contingents from Mali, Mauritania, Niger, Burkina Faso and Chad.

An attack at the same base last April killed two peacekeepers and left several others wounded.

In October 2014, nine troops of a Nigerian contingent were killed in the northeast.

Some 13,000 peacekeepers are deployed in Mali as part of a UN mission.

It was established after Islamist militias seized the north of the country in 2012. They were pushed back by French troops in 2013.

A peace agreement signed in 2015 by the Bamako government and armed groups was aimed at restoring stability to Mali.

But the accord has failed to stop violence by Islamist militants, who have also staged attacks in neighbouring Burkina Faso and Niger.

Earlier this month, both France and the United States criticised the authorities in Mali for their failure to stem the worsening violence.

On January 16, France threatened to push for more targeted sanctions to be imposed on Mali after hearing a UN official report on worsening violence in the West African country.

Washington renewed its warning that it would push for changes to the peacekeeping mission in Mali, possibly a major drawdown, if there was no progress.

In August, a panel of experts said in a report to the UN Security Council that inter-communal conflicts in the region were exacerbating existing tensions from clashes between jihadist groups and international and Malian forces.