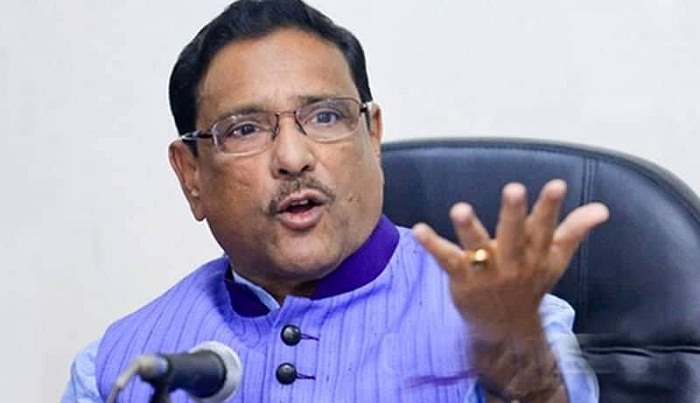 Awami League General Secretary Obaidul Quader on Sunday asked UN Secretary-General António Guterres’ whether any flawless election is actually held in any country of the world.

The Awami League leader questioned this in a reaction to UN boss’s observations that Bangladesh’s December-30 parliamentary elections were not perfect.

“Can you show me any country where a flawless election is held? Some flaws remain there,” he said while replying to queries from reporters at the Setu Bhaban in the city’s Banani area after a meeting with Bridges Division officials.

About the UN chief’s call for meaningful dialogues in Bangladesh, Quader claimed that the UN did not call for talks.

He, however, said dialogue can be held in a democratic country. “The issue will be considered later, if necessary.”

Speaking at a press conference at the UN headquarters in New York on Friday, the UN chief said, “It is obvious that the elections were not perfect, and we encourage the different areas of the Bangladeshi political sphere to engage in meaningful forms of dialogue in order for the political life in Bangladesh to be as positive as possible.”

About BNP’s allegations of various irregularities in the national election, Quader, also Road Transport and Bridges Minister, posed a counter question, saying, “How did Mirza Fakhrul Islam Alamgir (BNP secretary general) come out successful in the election if it was not neutral?”

He also suggested that BNP should handle its own home and bring changes to the leadership. “Party men are now calling Mirza Fakhrul an agent. There might come more. Ask him to handle the party and the own house. He is not safe in his own house.”

About Fakhrul’s recent anti-government remarks, sometimes involving him, the ruling party leader said it is natural that he would deliver more anti-government speeches to get rid of the ‘agent blame’.

He also described Fakhrul’s absence in the recent meeting of Jatiya Oikyafront on the excuse of illness as ‘political sickness’.

The minister also said there was an overall 63 percent progress on the work on the Padma Bridge project and one more span will be installed at the Zanjira point at the end of the current month.

Besides, a proposal to construct another tunnel under the Jamuna River is now lying with the Planning Commission, he added.