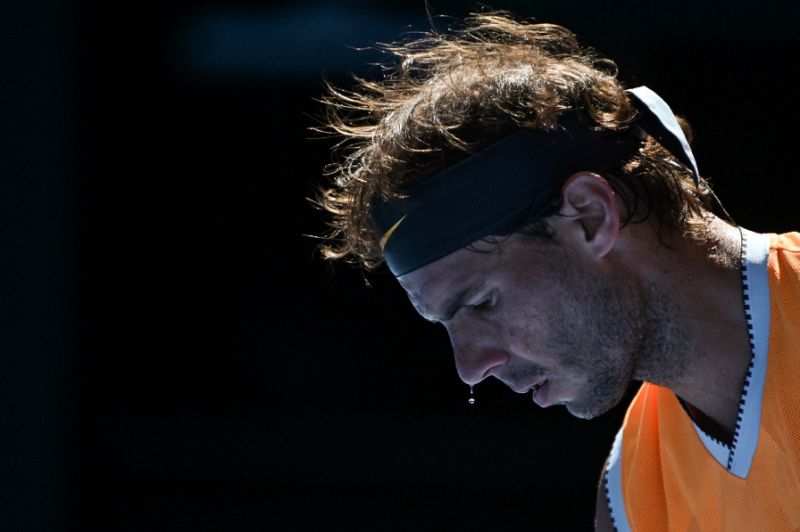 Rampant Rafael Nadal battered ex-world number four Tomas Berdych Sunday but said he would be taking a step into the unknown against "dangerous" Frances Tiafoe in the Australian Open quarter-finals.

The Spanish 17-time Grand Slam winner dismissed the unseeded Czech 6-0, 6-1, 7-6 (7/4) to tear into the last eight without dropping a tournament set.

Next in the firing line for Nadal is giant-killing American Tiafoe -- who celebrated his 21st birthday in style Sunday by beating 20th seed Grigor Dimitrov.

"It's going to be the first time that we play each other. Yeah, he's playing great," he said of 39th-ranked Tiafoe who created one of the shocks of the tournament by knocking out fifth seed Kevin Anderson in the first round.

"I know him, of course. He's been on the tour for a while. He's young. When you have younger players coming, they have always more attention."

Tiafoe, whose best previous Slam result was reaching the third round of Wimbledon last year, warmed up for Melbourne by partnering Serena Williams in the mixed teams Hopman Cup.

"He's in the quarter-finals. He won great matches during the whole event. He's super quick. And he's able to change directions fast.

"He goes to the net fast. He has a huge forehand, good serve. So let's see."

A shell-shocked Berdych finally exerted some pressure on the 17-time Grand Slam champion in the third set, holding set points in the ninth and 11th games.

But the Czech missed five months last year with a back injury.

Nadal, who also missed chunks of last season and had foot surgery after the US Open, had won 19 of the pair's 24 previous meetings.

As he served at 5-4 in the breaker, Berdych let his frustration get the better of him when the serve clock mysteriously packed up.

"I don't see (the clock) when we change over and I don't see now," Berdych moaned to the umpire about the finicky Spaniard being too slow between points.

"Take as long as you want, Rafa," shouted one fan.

Berdych dismissed the incident after. "It was not working," he said of the clock. "I think it's already done. What can we do? It's all right. It's just a clock."

Nadal, who is aiming to become the first man in the Open era to win all four Slams twice if he can add to his 2009 Aussie crown, said Berdych finally came to the party after winning just one point in the first two sets and gave him a test.

"I think the third set was the real Tomas Berdych," Nadal said after reaching his 11th Australian Open quarter-final. "He made more mistakes than usual in the first two sets."

The 33-year-old Berdych agreed. "The first two sets it was me back before six months. For the third set, I finally showed up on the court, so that's good," said the world number 57.

"That's the only positive I can take from the match. That's it."