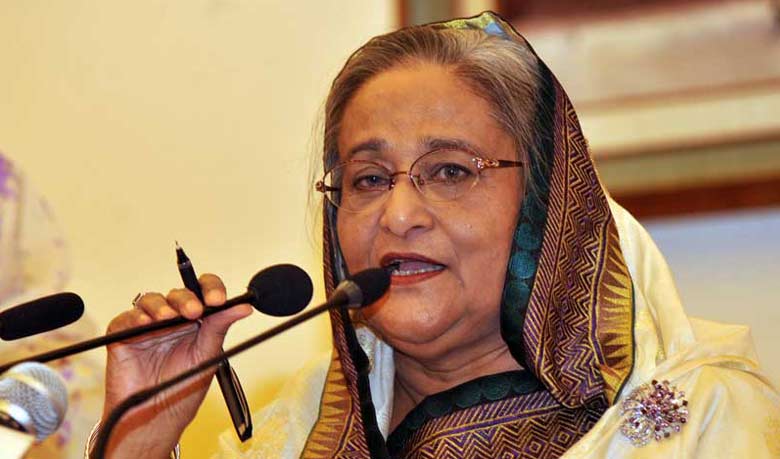 Prime Minister Sheikh Hasina on Sunday asked the Home Ministry to pay attention to rooting out drug abuse, terrorism, militancy and corruption from the country as that is the necessity of the time, UNB reports.

"If we want to develop the country, we’ve to free it from drug abuse, terrorism, militancy and corruption…I ask the officials working in this ministry (Home Ministry) to give a special attention to these matters," she said.

The Prime Minister said this in her introductory speech while holding a views-exchange meeting during her visit to the Home Ministry.

She said corruption has spread in society as a 'black disease' and this started when military dictators had ruled the country.

Sheikh Hasina mentioned that once militancy had got indirect state patronage and she said she does not know why the then governments had patronised militancy in the country.

"We’ve to free this society from these black diseases, we’ll do whatever is needed for this…this is the necessity of the time," she said.