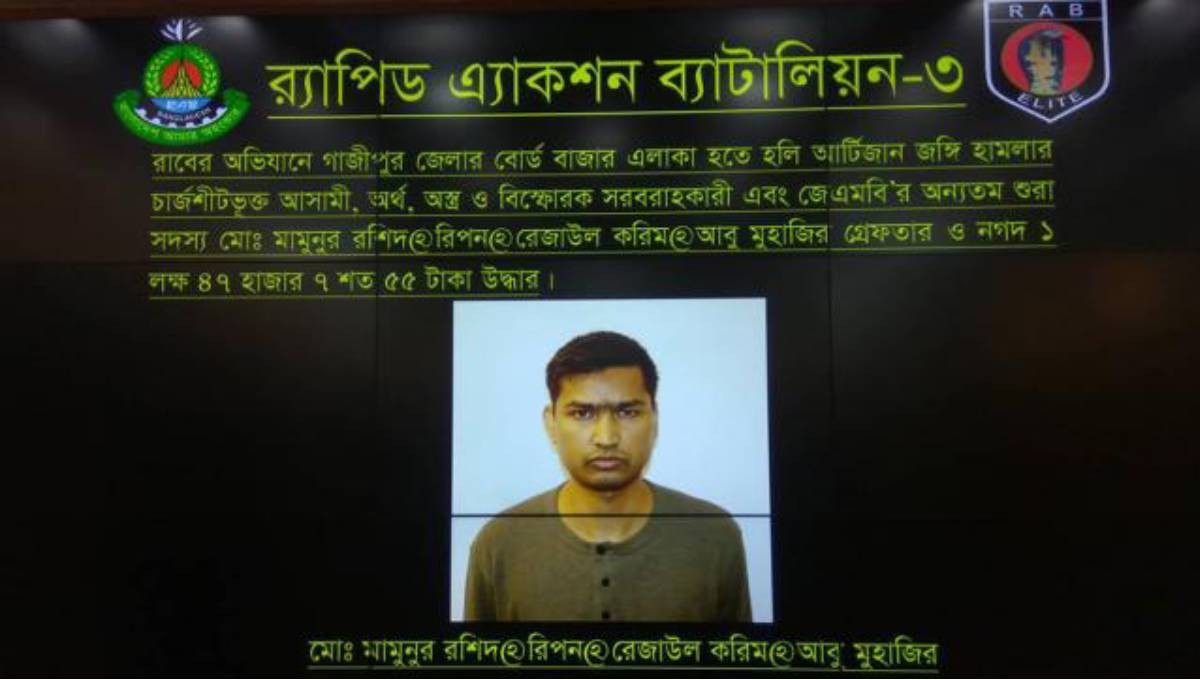 Members of Rapid Action Battalion (Rab) in a drive arrested a charge-sheeted accused of the case filed over Gulshan Holey Artisan Bakery attack from Gazipur on Saturday night, UNB reports.

Acting on a tip-off, a team of the elite force conducted the drive in Boardbazar area and arrested the JMB leader along with Tk 1.5 lakh, said Rab sources.

The details will be briefed at a press conference at the Rab headquarters later in the day.

The terrorist attack that shattered the country and drew global attention, claimed lives of 22 people -- nine Italians, seven Japanese, one Indian, one Bangladeshi-born American and two Bangladeshis along with two police officers -- on July 1 2016.

Twenty-one people were identified to be behind the attack. Among them, 13 were killed in gunfights at different times.