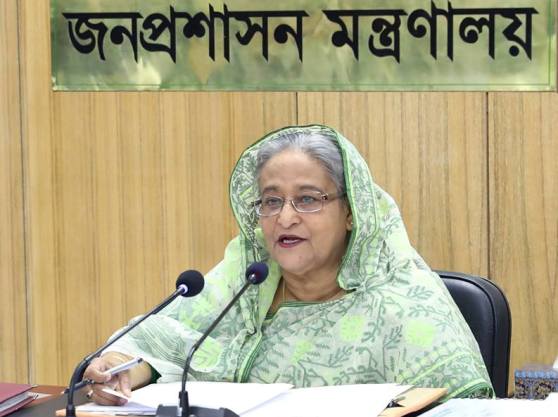 “Establishing good governance and graft-free administration is a must to achieve our goal of building a hunger- and-poverty-free developed and prosperous Bangladesh,” she said while addressing officials of the Public Administration Ministry at Bangladesh Secretariat in the capital this morning.

“You’ll have to give specific directives up to the grassroots level, if anybody is indulged in corruption, proper action will have to be taken against him or her,” she told the authorities concerned.

Sheikh Hasina, who is also in-charge of the Public Administration Ministry, paid her first visit to the ministry after her reelection as the prime minister for the fourth time.

Through the visit to the Public Administration Ministry, the premier started her programme of visiting the ministries during her new term of office.

The prime minister said her government has raised the salary-allowances and other facilities of the government employees manifold.

“I think there is no need for committing corruption as we’ve fulfilled all their requirements … why the graft will take place? The people will have to change their mentality,” she said.