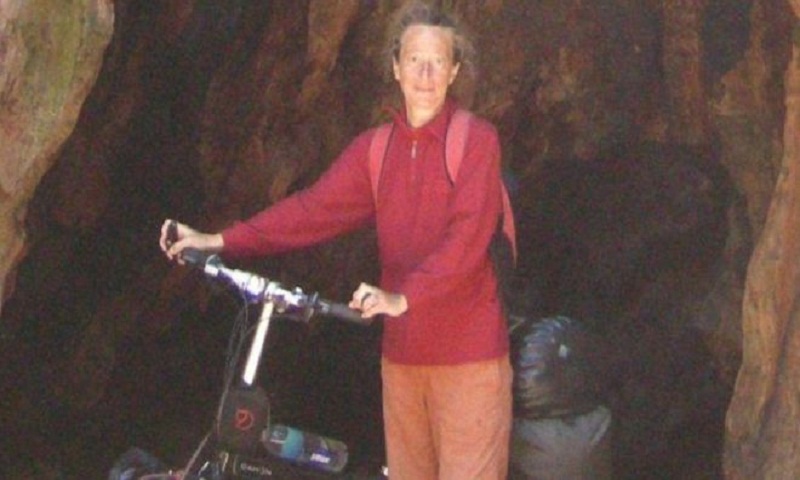 Australian police say they have found the body of a German tourist near a bush track in the Northern Territory.

Monika Billen, 62, was last seen on 2 January at a popular outback tourist spot, Emily Gap, close to the town of Alice Springs.

Her body was found beneath a tree about 3km (1.8 miles) away on Wednesday. Police have not said how she died.

Ms Billen had been reported missing last week, prompting her family in Cologne to plead for public help.

Police suspended their search for Ms Billen after five days, but resumed it after receiving location data from her phone providers.

"It is deeply upsetting that we have to tell her family this sad news, but we are relieved to be able to provide them with answer," said Supt Pauline Vicary from Northern Territory Police.

Ms Billen, who was travelling in Australia alone, had been staying at Desert Palms Alice Springs, a resort about 13km (8 miles) from Emily Gap.

Described as an experienced traveller by her family, Ms Billen had told them about her plans to take "more or less extensive walks" in the area.

"Monika has travelled off the beaten path for many years and in many countries and has always proceeded with caution," her family wrote in a letter reported by the Australian Broadcasting Corporation on Tuesday.

Police said one motorist who had reported giving Ms Billen a lift at the popular tourist spot on 2 January.

She had appeared "dehydrated and disoriented" and declined offers of water before leaving the vehicle, police said.

The average maximum temperature in Alice Springs in January is 36.4C, according to Australia's Bureau of Meteorology.

Police said a report would be prepared for a coroner.