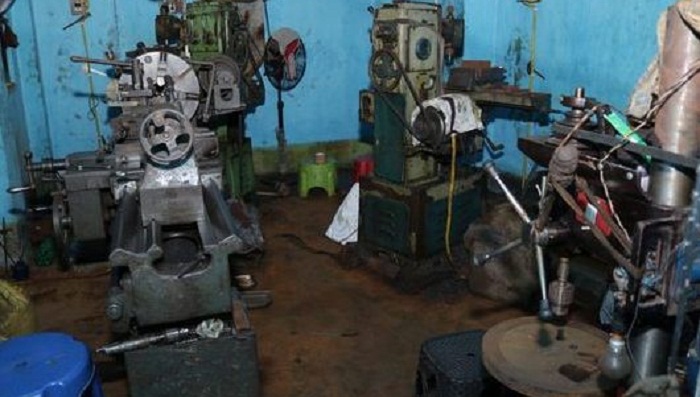 A mobile court busted an “arms making factory” at Bhaturia Uttarpara village in Sadar upazila and detained three people with some arms and firearms making equipment.

The arrestees were identified as Kamrul Islam, 32, son of Abdul Gafur, Abul Bashar, 30, son of Noor Mohammad and Sultana Rani, 26, wife of Kamrul Islam of the village, reports UNB.

On information, the mobile court headed by executive magistrates Hafijul Haque and Mohammad Jamshedul Alam conducted the drive at an isolated house of the area around 3pm, said Hafijul Haque.

The three were arrested during the drive, and a short gun, one round bullet, and huge arms making equipment were recovered from the house.

A case will be filed with Kotwali Police Station after producing them before the judicial magistrate court, he said.