‘Arrest business’ by police now order of the day: BNP 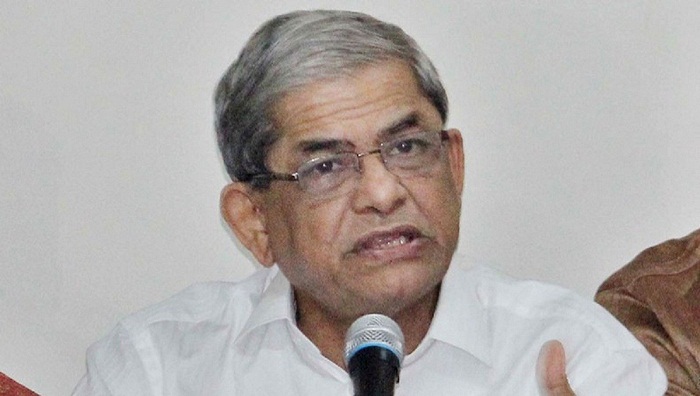 BNP secretary general Mirza Fakhrul Islam Alamgir on Wednesday alleged that the ‘arrest business’ by law enforcers has now become a regular practice as a reign of terror has been established in the country.

“The evil tricks to arrest and harass opposition activists have now taken a serious turn. The Awami League government has continued inexpressible repressions on opposition leaders and activists after usurping power by force through stanching people’s voting rights,” he said.

In a statement, the BNP leader further said, “A reign of terror has been established in the country through repression on leaders and activists of BNP and other opposition parties after arresting them in false case. The arrest business by law enforcers has now become an order of the day.”

Fakhrul alleged that BNP leaders and workers are passing through miserable time in fear of arrest in ‘fabricated’ cases.

The BNP secretary general said Shamim was subjected to the government’s political vengeance.

He demanded the government immediately release the BNP executive committee member after withdrawing ‘politically motivated’ cases filed against him.