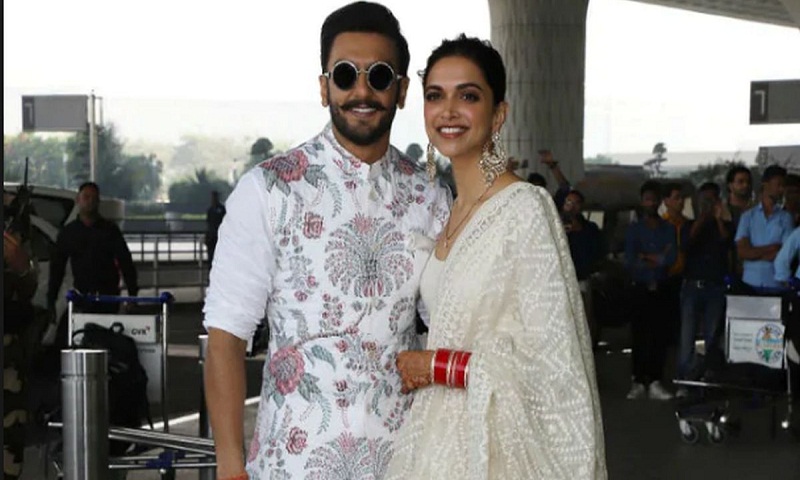 Bollywood actors Deepika Padukone and Ranveer Singh have time and again given us major relationship goals. It has been two months to their wedding and in her first interview post marriage Deepika addressed herself as Ranveer Singh Padukone.

In an interview with Hindustan Times, reports were of changing surname to which Padmaavat actress said, “It’s not true. In fact, after that interview, I realised that it’s a conversation (changing surnames) Ranveer and I’ve never had. So, we haven’t been like, ‘oh, do you think you should change your surname l?’ That chat was, of course, a candid joke of sorts. It has never crossed either of our minds.”

Further, the actress said that maybe the conversation is not that important. “When I was asked about it, I was like, ‘oh, we haven’t thought about it’. Maybe because it’s not important. Also, I’ve worked extremely hard to create my own identity and so has he. So, my question is, ‘why would he have to do that?’ I think what people see of us is a very miniscule part of our entire being and existence. But at the core of it, we are very alike,” she said.

In conversation with Famously Filmfare, the actress was asked when she thought Ranveer was special, she said, “I was at Yash Raj and he was there and he was flirting like it’s nobody’s business and he was dating somebody else at this point and I was smiling to myself and told him, ‘You are flirting with me’.”

On the work front, Ranveer Singh has started working on Kapil Dev’s biopic. Deepika Padukone on the other hand will soon start shooting for Meghna Gulzar’s Chhapaak.