Alia’s Raazi to get its sequel soon? 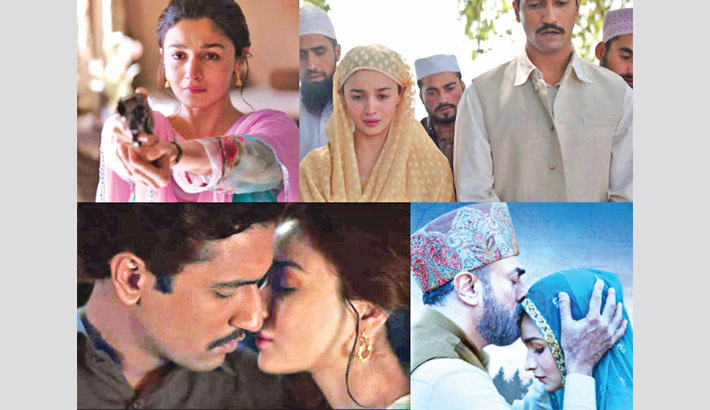 Months after the phenomenal success of Alia Bhatt’s Raazi, Harinder Sikka — author of Calling Sehmat, the book that was adapted by director Meghna Gulzar for the big screen — reveals that he is working on the sequel, Remembering Sehmat, reports Mid-day.

While many may believe that the novel — that told the true story of a young Kashmiri girl who was sent as a spy to Pakistan in 1971 — doesn’t lend itself to a second part, the author insists the protagonist’s journey has enough fodder to warrant a sequel.

“After I wrote Calling Sehmat in 2008, I spent another 10 years with her, on and off, depending on the little time she gave me. [The book will focus on] how she went into depression after the mission but fought her way out of it.

It will reflect her personal journey since her return from Pakistan — how she never accepted her son as her own, and denounced public life. Dr Manmohan Singh offered her the Padma Shri, but she turned it down. The mysteries around her will be decoded in Remembering Sehmat. A portion will also include why she made me take two trips to Pakistan, during the decade that I knew her,” reveals Sikka. Raazi made for a gripping big screen experience. It not only gave the audience an unlikely hero in the protagonist, but also gave Bhatt one of the most definitive films of her career. It’s not surprising then as Sikka says that he has discussed the sequel with her.

“Multiple producers are interested to adapt the sequel into a movie. But as far as the casting goes, Sehmat herself had chosen Alia. I met Alia at the Ambani wedding, and did discuss this. She was definitely interested.”

The book, he reveals, is likely to be backed by Penguin and may hit the shelves later this year.