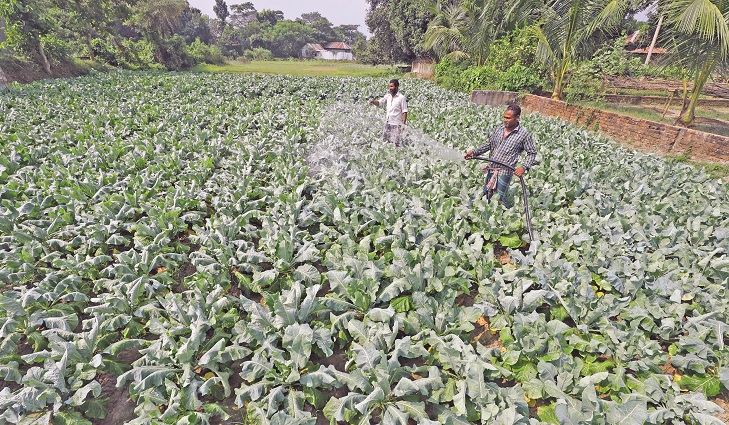 Vegetable farming has become a boon for the farmers in the country thanks to its relatively higher yield and higher return than other crops.

Farmers are making a good profit from vegetable farming, which encouraged the youth, especially the educated young generation to enter the agriculture sector with modern technology and innovative marketing techniques.

Mizanur Rahman, director of Horticulture Wing of the DAE, told the daily sun that vegetable production has seen rapid growth over the years that amplified income for labourers, empowered women and created new employment opportunities particularly for landless farmers in the country.

Farmers can easily increase their income in two to three months through vegetable farming, he said.

Some 142 types of vegetables were grown in Bangladesh, including some foreign varieties.

Bangladesh currently exports around 52 types of vegetables to around 50 countries around the world. The government has taken a series of initiatives to promote the farming of pest and other harmful chemical and bacteria-free vegetables to boost exports.