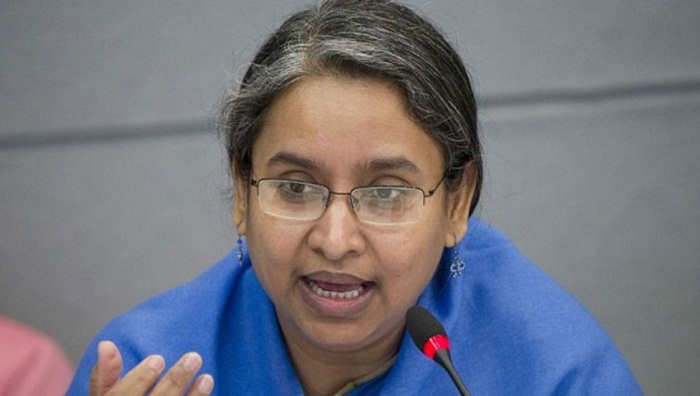 She gave the warning while exchanging post-election greetings in sadar upazila of Chandpur on Friday afternoon.

Moni said charging excessive fees for examination was an offense. “Steps will be taken against [educational institutions] if we get evidence of realising extra fee,” she said. “We are ready to face challenges and do everything to ensure quality education.”

Meanwhile, on the occasion of Bangabandhu’s Homecoming on Thursday, Moni said the nation’s founding father was harmed more by enemies from inside the country than those in Pakistan.

She said Bengalis could not relish their independence until Bangabandhu returned home.  “His return was a fortunate event for us but local and foreign enemies killed him along with his family,” she said. “They feared that Bangladesh would move forward under Bangabandhu’s strong leadership.”

Prime Minister Sheikh Hasina, daughter of Bangabandhu, survived as she was abroad at the time when the nation’s independence hero was killed with most of his family members. “She is taking the country forward at an unstoppable speed and Bangladesh is turning into a ‘golden Bengal’ [as envisioned by Bangabandhu],” Moni added.