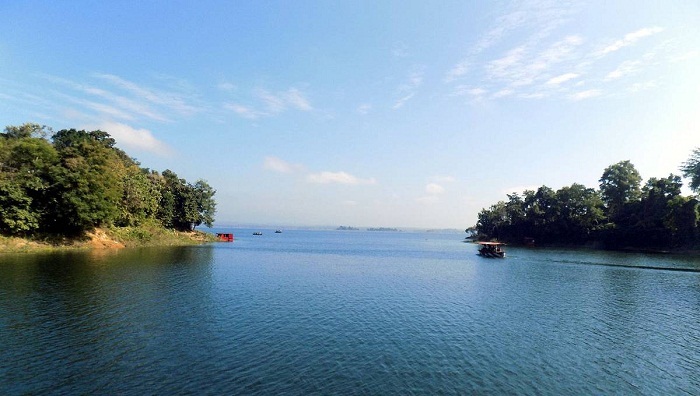 The Power Division is now waiting for a positive note from the Asian Development Bank (ADB) about its financing to implement a 50MW floating solar project in the Kaptai Lake, official sources said.

“We’ve heard the executive board of the donor agency [ADB] has approved a financing proposal in this regard. But, the government will move for feasibility study of the project once it receives the official letter from the ADB on the issue,” said Mohammad Alauddin, joint secretary (renewable energy) to the Power Division.

As per the primary plan, official sources said, a 50MW floating solar project will be implemented on a pilot basis in the Kaptai Lake in the Chattagram Hill Tract area spending Tk 400-500 crore.

They said if the Kaptai Lake solar project is proved to be a successful one, then more similar projects will be implemented both in public and private sectors.

Besides, the government is considering implementation of another 30MW floating solar project in the canal of the Teesta Water Barrage area, they mentioned.

According to the official sources, the recent success of Japan, China, India, Germany, France, China and other countries in floating solar projects prompted the Power Division under the Ministry of Power, Energy and Mineral Resources (MPEMR) to move for such green projects.

So far, the officials said, a good number of floating solar power plants have been set up in 12 countries and the idea is gaining popularity because of land scarcity for setting up solar plants.

Among the Asian nations, India and China have taken up aggressive moves to set up floating solar plants.

Mohammad Alauddin informed that installing floating solar projects might be a very suitable concept for Bangladesh as it faces land scarcity problem for implementing solar scheme.

The Kaptai Lake was created through embankment to supply water to the Karnaphuli hydropower project, and the huge water body is now only being used for small scale fisheries.

“The Kaptai Lake was chosen because of its availability of water throughout the year. Electricity evacuation will be easier because of a ready infrastructure in the Karnaphuli Hydropower project”, Alauddin told UNB.

He said the irrigation canal of Teesta Barrage might be another perfect place for floating solar power plant as a 30MW plant could be installed on it.

But all will depend on the opinion of the Water Development Board (WDB), which now owns and operates the project, he said adding that the Power Division will pursue the idea with the organisation through its line ministry.

“If they agree, then the Power Division will move forward with the project for implementation through private sector entrepreneurs who are interested to invest in such projects,” he said.

The Teesta Barrage is located on the Teesta River at Duani in Hatibandha upazila in Lalmonirhat district of Bangladesh the discharge capacity of which is 12,750 cusec of water.

Power Division officials said the move for allowing IPP solar plants has been part of the government's plan to generate 24,000MW of electricity by 2021, the sources added.