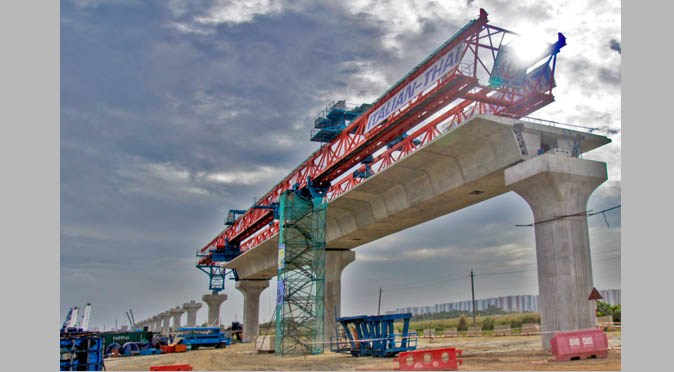 Bangladesh has been ranked 41st among the largest economies in the world in 2019, up from the 43rd position since last year, according to an analysis by a UK based think tank.

“Bangladesh is a South Asian country sharing land borders with India and Myanmar. With a population of over 163 million, it is the eighth most populous country in the world. The country has seen robust growth averaging 6.3% per year over the past decade. Its GDP per capita stands at $4,600 in PPP international dollars, making it a lower-middle income country by the World Bank’s definition,” the Centre for Economics and Business Research (Cebr), who supplies independent economic forecasting and analysis to hundreds of private firms and public organisations, said in a report published on December 26, 2018.

“Garments are the main export good of the Bangladeshi economy, accounting for over 80% of total exports in the financial year ending 2017,” it added.

The report also said: “Remittances are a further important source of income for the country. Around 43% of Bangladeshis work in the agriculture sector, mostly producing rice and jute. Maize, vegetables and wheat play a smaller albeit growing role in the country. Bangladesh’s economy is expected to have grown by 7.3% over 2018, just shy of the 7.4% recorded in 2017.”

“The country has benefitted from a strong increase in remittances in the financial year ending 2018, after declines in the previous two years. Moreover, the export sector benefitted from the duty free access to the Indian market, pushing exports to $375 million in the three months to September."

"Indian clothing retailers, as well as global retailers opening Indian outlets, increasingly import from Bangladesh due to the competitive prices of their products. Bangladesh’s competitiveness relative to India was further boosted by the introduction of a General Sales Tax in India, a step that is still outstanding in Bangladesh."

According to the analysis, in the long run, many Asian economies will rise through the ranks of the WELT as these countries cash in on their demographic dividends. The two most prominent examples are Bangladesh, which will enter the top 25 largest economies in 24th place in 2032, and Pakistan, which will rise to 27th in 2033.