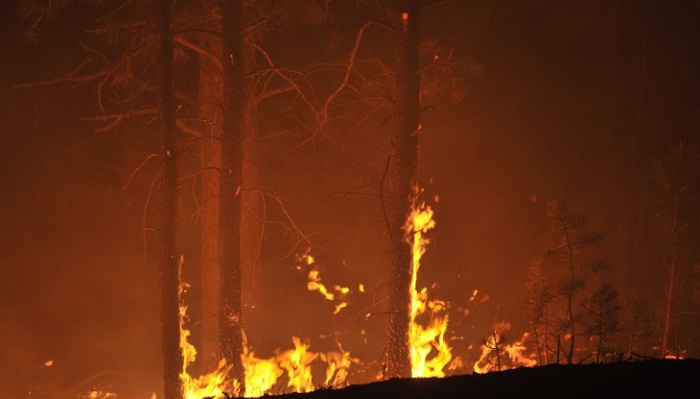 Some 38,000 trees have been burned down in a devastating fire that broke at a reserve forest at Jagdishpur in Madhabpur upazila on Saturday.

Forest department employees with the help of locals doused the flame on Sunday morning after two days of fanatic efforts.

Jagdishpur Beat Forester Shamsuzzaman said the fire, which might have originated from cigarette butts left by cowboys, came to their notice on Saturday morning.

They put out the fire together with locals after their efforts for two days as the firefighters could not reach the forest for lack of roads in the hill.

Trees on 15 hectares of land were damaged by the fire, he said.