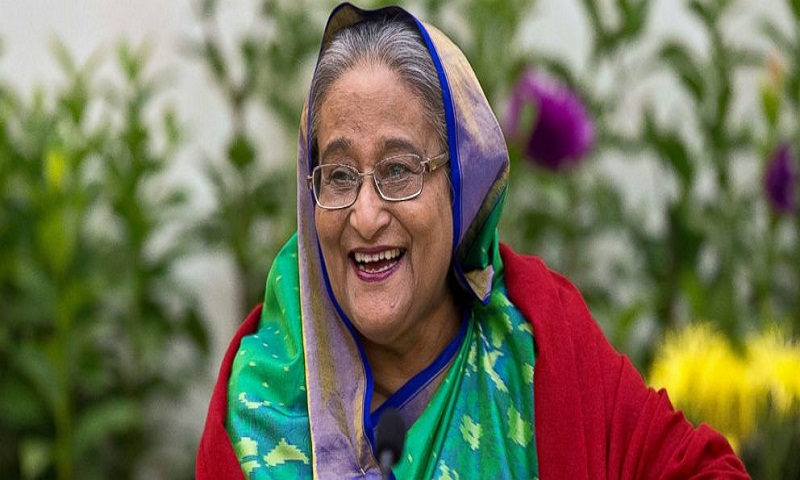 Hasina is set to form her third consecutive government and fourth overall, and on Thursday the figurehead President M. Abdul Hamid invited her to form the Cabinet. The new members of Parliament took their oaths on Thursday though seven opposition members boycotted. The new Cabinet will take their oaths on Monday.

The international reaction to allegations of irregularities was not clear initially, but the scenario quickly settled after India's Prime Minister Narendra Modi showed the way and China followed, congratulating Hasina for the massive victory with her Awami League party-led alliance winning 288 seats in the 300-seat Parliament. The opposition-led alliance had only seven seats.

Saudi Arabia, Russia, Qatar, Iran, the United Arab Emirates, Bhutan and Pakistan congratulated Hasina, while the United States and the European Union said they wanted to continue to cooperate with the government.

After coming to power in 2008 with a landslide victory, Hasina cautiously started building strategic partnerships with India, China, Russia and Saudi Arabia. She followed that trend again when she return to power in 2014.

Bangladesh joined a 34-nation Islamic military coalition to fight terrorism under the leadership of Saudi Arabia and is building its first nuclear power plant with Russia and India. Hasina bought two submarines from China for the first time and invited Japan to invest in infrastructure development, especially in power plants.

Bangladesh also became a member of the China-led Asian Infrastructure Investment Bank, which is a potential rival to the World Bank and the International Monetary Fund. The European Union is a big export market, especially for Bangladesh's garment products. Bangladesh traditionally buys its regular arms for its defense from China.

The country earns about $30 billion a year from exports of its cheap garment products, mainly to the United States and the European Union countries, being the world's second-largest garment producer after China.

"So we import from them and then we export to Western markets," M. Humayun Kabir, a former Bangladeshi ambassador to Washington and an analyst in international affairs, told The Associated Press in an interview.

And Bangladesh has other ties to the West beyond their markets. "Value-wise we believe in democracy. So, we are also value-wise connected to them," Kabir said.

And European nations and the U.S. are also home to large Bangladeshi diaspora communities. "These are people living in those countries becoming or contributing to those societies. So, this ... is how we are connected to the Western countries," he said.

"Bangladesh's impressive record of economic development and respect for democracy and human rights are mutually reinforcing, and we look forward to continue working with the ruling government and opposition toward advancing these interrelated goals," it said.

Analyst Kabir said during her 10 years leading Bangladesh, Hasina has built a successful relationship with influential and strategically crucial countries and she has upgraded her image by hosting Rohingya Muslim refugees who were driven violently from neighboring Myanmar.

"Bangladesh is a good story in terms of development and progress," Kabir said. And her solid election victory shows that Bangladesh's economic development has political support of voters, Kabir said.

"So that story is now resonating well on the international community and that's why we are seeing (so many countries) are congratulating the prime minister for the outstanding performance in the election," he said.

But Kabir said authorities should address the concerns of irregularities by the international community involving the election.