Quader suggests Oikya Front to reconsider its decision on oath 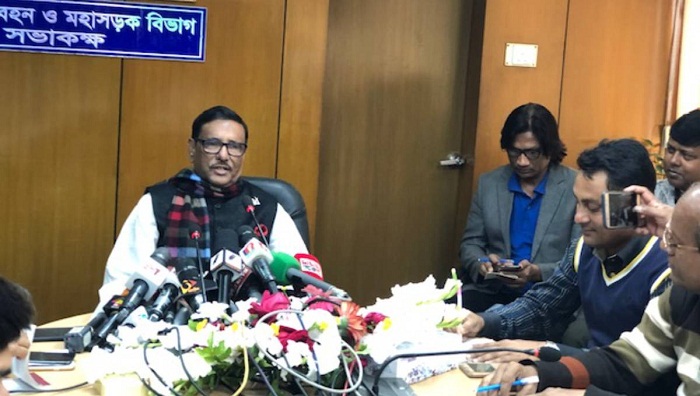 “Those elected in the parliamentary elections are elected in people’s votes. We expect, they’ll show respect to people’s mandate. If they don’t join the oath-taking ceremony, it’ll be the manifestation of negligence to people’s mandate,” he said while talking to reporters after a meeting with Indian High Commissioner in Dhaka Harsh Vardhan Shringla at the secretariat.

Referring to the incident of gang-rape of a woman at Charjubli in Subarnachar upazila in Noakhali, Quader, also the Road Transport and Bridges Minister, said, “No one will be spared whoever be the culprits.”

“I’ve heard about the incident. It didn’t take place in my constituency but in Noakhali. However, such incident is not acceptable. The culprit must be punished. No one of those who’re guilty will be spared. I know the attitude of our leader,” he added.

Responding to a question about the arrest of a journalist in Khulna, he said he is yet to know about that.

Responding to another question about the size of the new cabinet, the minister said, “We’ve no idea about it. The Prime Minister will decide.”