People to change it through vote, says Fakhrul 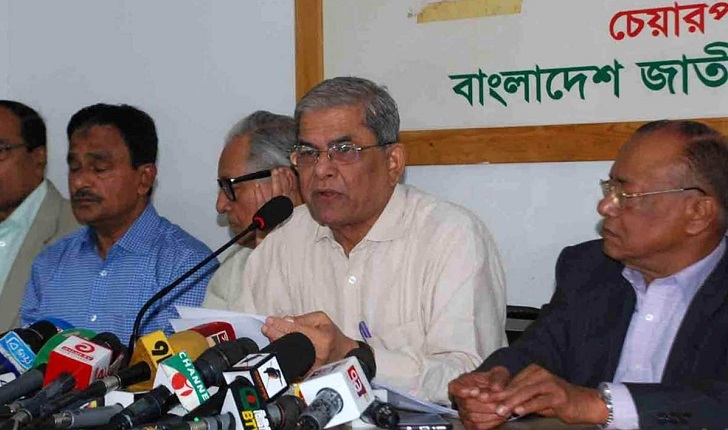 He made the remarks while talking to reporters after a meeting with the returning officer at his office in the afternoon.

In his last message to party leaders and activists, Fakhrul asked them to go to polling stations taking people with them. "You've to guard the polling centres and make sure so that no one can rig votes."

He also alleged that a number of important leaders of the district unit BNP were arrested on Friday night and he informed it to the RO and the Superintendent of Police.

The BNP leader, however, said no one can scare the voters through the arrest. "We hope they'll go to the polling stations if the atmosphere remains peaceful," he said.

Relying to a query whether there is any conflict in BNP, he outright rejected it and described it as a trickery of the government.

Fakhrul also said they are in the election race and will remain till the last moment.