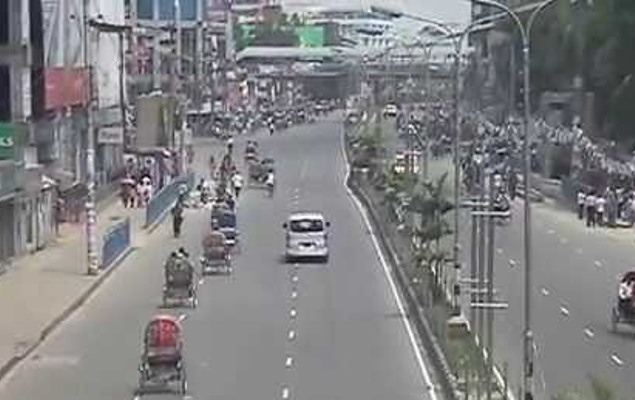 Ahead of the most anticipated voting day of December 30, the city dwellers are on their way back home to cast votes for their favourite party candidates in the 11th parliamentary poll.

As thousands have left the capital Dhaka and are still leaving, the city full of hustle and bustle almost round the clock wore an unusual look over the past two days.

The citizenry in droves were found be converging on the bus, train and launch stations to embark on their journey home.

As the voting day falls on Sunday following Friday and Saturday – the two government holidays – many could manage a one-day leave to enjoy the holidays, plus the festivity of polls in their respective constituencies.

Sharifur Rahman, a private firm employee, said: “I could manage leave from my office to go to my ancestral home for casting vote. I will be back right after the poll.”

Like Sharifur, many a homebound people was found to be waiting either for vehicles, or searching or purchasing tickets at Gabtoli and Mohakhali bus stations.

The identical scene of crowd was found at Kamalapur and Airport Railway stations throughout the day – all leaving the capital.  Long queues for tickets were customary scene noticed at all ticket counters overflowing with people, with everyone eagerly waiting to obtain a ticket.

A homebound girl Shejuty was waiting for a train at Airport Rail Station.

While talking to this correspondent she said: “I am going to my village home to cast vote. I am so much excited as I will exercise my franchise for the first time in the upcoming polls.”

On Friday, the Sadarghat Launch Terminal wore the same look as it does during every holiday season. Thousands of homegoers turned up there to get onboard the water vehicles to journey home.

During the election, the authorities have clamped restrictions on the vehicular movement for 24 hours starting from December 29 midnight to December 30 midnight, according a notice issued by the Road Transport and Highways Division.

Motorcycles have been banned for four days from December 28 midnight to January 1 midnight.