Russia not to support any resolution in UNSC over Rohingya issue 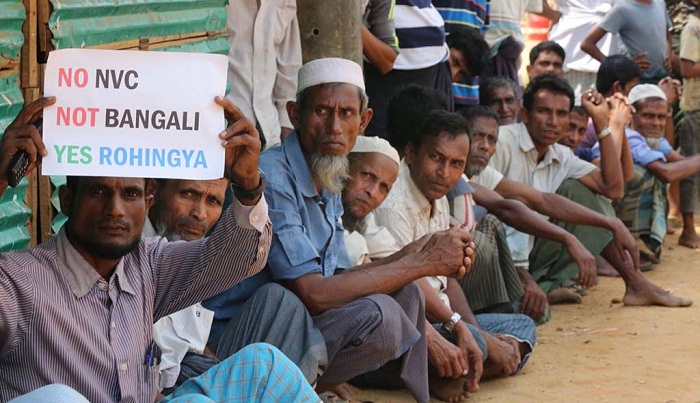 Russia has reiterated its position to resolve Rohingya crisis through "bilateral negotiations" saying it will not support any resolution in the United Nations Security Council (UNSC) to put pressure on Myanmar engaging the UN.

"China has its own policy. Our position is very similar to Chinese one that this issue (Rohingya) should be settled through negotiations. It's a bilateral issue," said Russian Ambassador to Bangladesh Alexander I. Ignatov at a seminar in the city on Thursday.

The UNSC is thinking of fresh actions to push Myanmar to work with the UN to address the Rohingya crisis. Russia and China have so far boycotted discussions on a British-drafted resolution.

Referring to the UK-initiated draft resolution on finding sort of comprehensive solution to Rohingya crisis, Ambassador Ignatov said they do not support 1 percent of that kind of particular draft resolution. "I don't believe it'll be adopted."

Asked why Russia has failed to extend support in the UNSC and beyond on Rohingya issue when Russia never faltered in extending support to Bangladesh, the Ambassador said, "Russia hasn't failed in this regard. It's completely wrong to say so."

He explained further saying they have different approach compared to some other countries and said putting pressure on Myanmar, they believe, will create complexities as Bangladesh and Myanmar signed bilateral agreement on repatriation of Rohingyas.

The Russian Ambassador said they believe in proper implementation of the bilateral agreement on repatriation.

He, however, said Rohingyas should be allowed to go back to their place of origin and of course the situation for them should be humane.

Bangladesh and Myanmar formed the Joint Working Group (JWG) in December 2017 to start the repatriation of around 900,000 Rohingyas who fled a brutal military crackdown in August 2017.

However, the Rohingya repatriation plan, as agreed by Bangladesh and Myanmar to begin in mid-November this year, failed.

The seminar on '47 Years of Friendship: Bangladesh-Russia Relations' was held at Bangladesh Institute of International and Strategic Studies (BIISS) on Thursday.