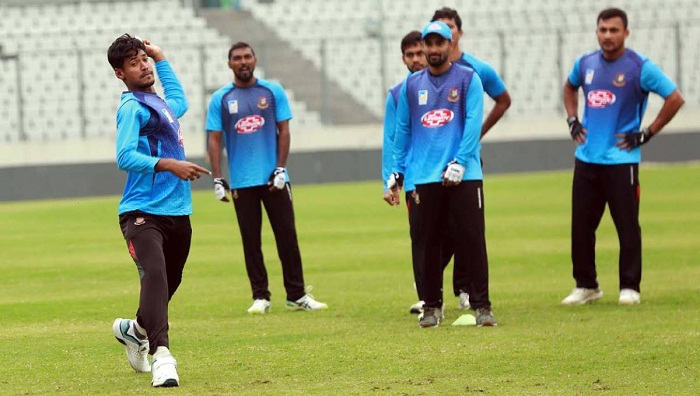 After winning the Test and ODI series comprehensively, Bangladesh are seeking another series triumph against touring West Indies when they meet each other in the third and final T20I of three-match series at Sher-e-Bangla National Cricket Stadium on Saturday.

The hosts had lost the first T20I of the series in Sylhet by eight wickets, but they staged a strong comeback in Dhaka winning the second one by 36 runs which helped the Tigers level the series 1-1.

Shakib Al Hasan, the Bangladesh captain, displayed a spectacular all-round performance scoring 42 runs and taking five wickets- his first-ever five-for in T20I - to help the Tigers stay alive in the series. In the second match, Bangladesh posted 211 runs on the board which is their best total against West Indies in T20I.

In the last T20I series against West Indies in August, Bangladesh came victorious when the third and final match of the series became a series decider and the Tigers finished that on a positive note.

As the series is now levelled 1-1, Bangladesh need to repeat the similar act they produced in the last T20I series. On the other hand, West Indies are also keen to end the tour and the year winning a series.

“I think it has been a tough series for us. We have lost the ODI series. But before heading into the last match, we are confident enough to end the series with a win. We need to give our hundred per cent in the last match,” Keemo Paul, the West Indian pacer, told reporters on Friday at Sher-e-Bangla National Cricket Stadium during a practice session.

Bangladesh played a total of 11 T20Is against the Caribbean boys and won five of them. Zimbabwe are the other team against whom Bangladesh won as many as five T20Is.

Bangladesh might keep their playing XI unchanged in the last match as spin-bowling coach Sunil Joshi hinted on Friday while talking to media, “It’s always good to go with the winning combination. Definitely, the opportunities will come to the players who are good as well. The other three members are equally good to play T20Is but only 11 can play."