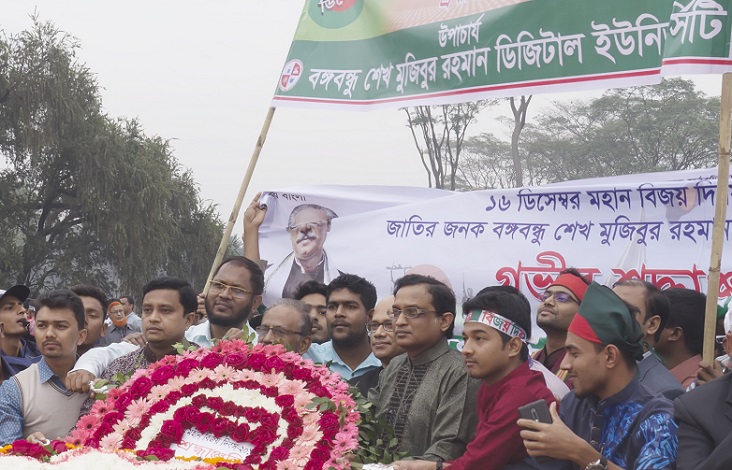 He placed wreath at the National Memorial in Savar this morning on the occasion of the 48th Victory Day of the country on Sunday, said a press release.

After placing the wreath, VC Munaz Ahmed Noor said, “Forty-seven years back on December 16 in 1971, Bangladesh was born as an independent country under the leadership of Father of the Nation Bangabandhu Sheikh Mujibur Rahman, and for the supreme sacrifice of three million martyrs and the honour of two lakh mothers and sisters.”

He also said, the conspiracy of local collaborators of the then Pakistani occupation forces, Razakar, Al Badar and Al Shamas, is still exist. So, we all have to keep vigil to fend off the evils.”