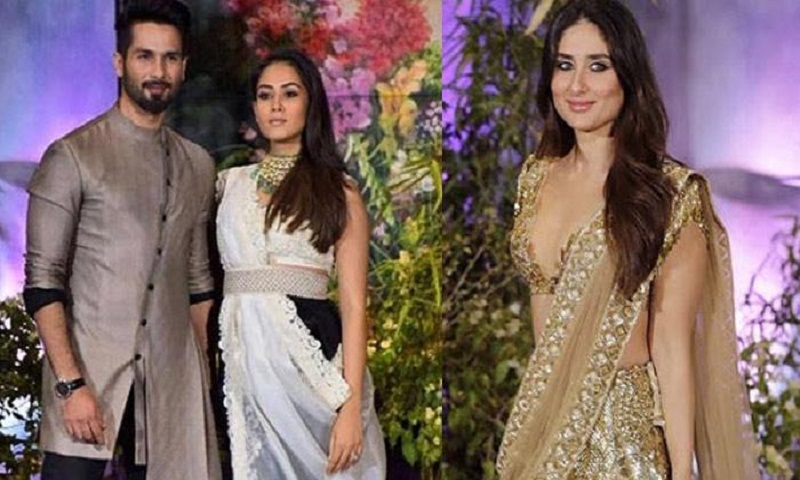 There's tattle about Kareena Kapoor Khan and ex-flame Shahid Kapoor's wife Mira crossing paths at the Ambani wedding. Far from awkwardness and frosty stares, the two are said to have exchanged greetings.

It is said that Bebo and Saif Ali Khan, and Mira and Shahid Kapoor came face-to-face at the event. As the place was teeming with celebrities, everyone was exchanging hellos and the two couples did the same. The ladies are also said to have given each other a warm hug. As they say, keep your past in the past.

Talking about Kareena Kapoor Khan, she has turned an RJ for a women oriented talk-show, and will next be seen in Good News alongside Akshay Kumar. She has also shot for Koffee With Karan Season 6 with Priyanka Chopra. There was enough buzz about the two uniting for this chat show.

Kareena and Priyanka have worked in two films, Aitraaz and Don. However, later, their friendship went kaput. On the other hand, Shahid Kapoor is shooting for his upcoming Telugu film, Arjun Reddy's Hindi remake. The film has been titled, Kabir Singh, reports Mid-Day.