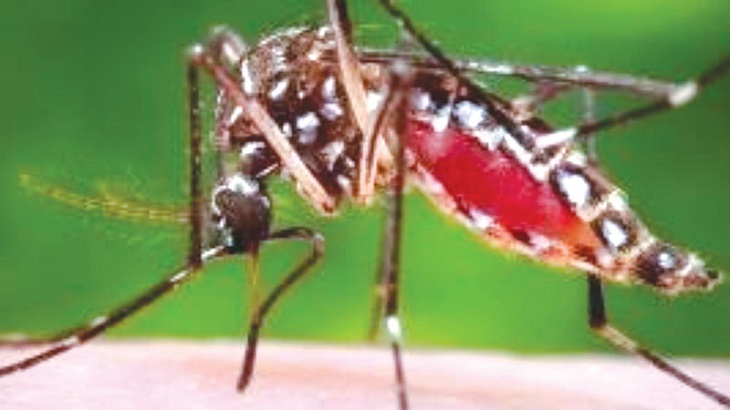 Dhaka city-dwellers have been facing a severe mosquito menace, but the authorities concerned have not taken adequate preventive measures.

Mosquito coil, aerosol spray, electric bat or fogging machines are failing to get rid of the growing menace.

But, city dwellers are not getting any relief from the tiny tyrants.

In the middle of last year, mosquito-borne disease Chikungunya broke out in the capital, affecting a large number of people.

Due to the growing mosquito menace in the capital in last several weeks, city people fear being infected with Chikungunya and Dengue.

Sultan Mahmud, a resident of Lalbagh area, said, “We’ve seen on televisions and in newspapers that a crash programme was taken to combat mosquito menace, but in reality there is no such measure.”

“We are suffering from a mosquito menace, which is becoming unbearable day by day.”

The budget for mosquito control programmes increases every year amid the growing concern over the outbreak of Chikungunya and Dengue.

Many city dwellers alleged that every year two city corporations expend crores of money to check mosquito menace in the capital.

We also spend huge money on purchase of mosquito aerosol and mosquito coils.

No significant results have come after spending crores of money. In the last few years, Dengue and Chikungunya menace has increased.

He said a total of 367 staff members will work simultaneously to prevent the mosquito menace.

“A total of 247 mosquito fogging machines, 324 handheld machines and 20 wheelbarrows machines will be used,” he added.

He also said: “Due to several crash programmes, we have come out of mosquito menace.”

Besides, the residents of many posh areas like Gulshan, Banani, Baridhara, Uttara and Dhanmondi are also facing mosquito menace.

The majority of the elite neighbourhoods are equipped with mosquito nets at the house windows. But there is no relief.