Mashrafe regrets not getting another 20-25 runs after loss 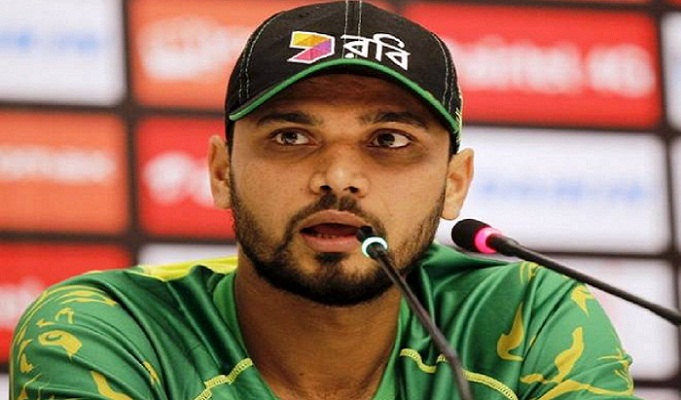 Bangladesh have lost the second ODI of the three-match series on Tuesday at Sher-e-Bangla National Cricket Stadium to the Windies by four wickets. The hosts’ captain Mashrafe Bin Mortaza regrets more 20-25 runs at the end of the match.

Bangladesh posted 255 for seven wickets in the first innings after being sent to bat first. Tamim Iqbal, Mushufiqur Rahim and Shakib Al Hasan hit the fifties for the Tigers. But their effort went in vain as they finished the match being in the losing side. Mashrafe, however, believes if they had scored more 20 to 25 runs, the story of the match could have been written in a different manner.

“We should have scored 270 to 280. It was an unusual performance by us as per our recent success. On the others days, we have some scores nearly 80 or 90, and sometimes, we have 1 or more centuries as well. But today, batsmen failed to do so. We made some silly mistakes that also cost the match. We need to minimize it in the next encounter,” Masrhafe said after the match.

On the other hand, Shai Hope, who hit his career-best unbeaten 146 to secure a combative win for the visitors, expressed his joy at the post-match press conference. The right-handed batsman rated his latest century above of his previous two.

“It was just about to bat as deep as possible. We know Keemo (Paul) has very good batting ability. I had full confidence in him. We just tried to rotate the strike as best as possible. We knew the wicket was a bit difficult to come in, and strike from ball one, so he played a very crucial hand here to go over the line,” Shai hope said after the match.

Bangladesh have won the first match by five wickets on Sunday at the same venue which helped the Tigers to take a step ahead to secure the series. But, they failed to grab the chance in the second ODI. Now they have to win the last match to ensure the second successive series win over the Caribbean boys. The last match of the series will be played on 14 December at Sylhet International Stadium.

Right after the ODI series, both teams will lock horn in a three-match T20Is series. In the previous occasion when they played in a T20Is series, Bangladesh came up as victorious.