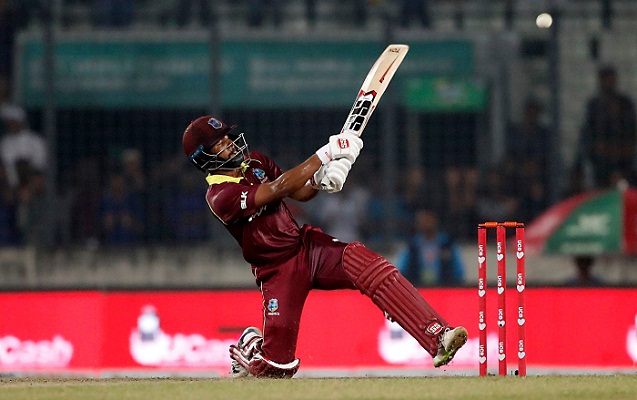 Visiting West Indies turned around on Tuesday and level the Three-match One Day International (ODI) series 1-1 beating hosts by four wickets at Mirpur national cricket stadium in the second game.

Opener Hope hit an unbeaten 146 off 144 balls as West Indies reached 256-6 in 49.4 overs after pace bowler Oshane Thomas claimed 3-54 to help the visitors restrict Bangladesh to 255-7 at the Sher-e-Bangla National Stadium.

Shakib Al Hasan top-scored with 65 off 62 deliveries for Bangladesh while Mushfiqur Rahim and Tamim Iqbal made 62 and 50 respectively after West Indies invited the hosts to bat first.

Bangladesh won the opening match of the series by five wickets on Sunday.

The third and final match will be held in Sylhet on Friday.