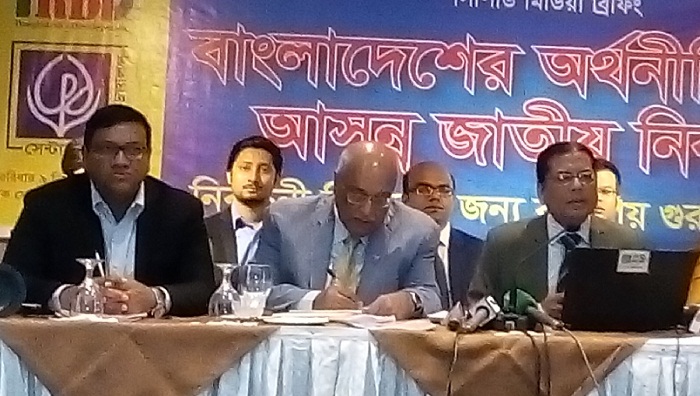 Distinguished fellow of the Centre for Policy Dialogue (CPD) Debapriya Bhattacharya on Sunday said economic disparity in the country has increased manifold for lack of political competition in the last 10 years.

"Life and livelihood issues didn’t come up for discussion despite extensive discussions and debate about the upcoming election," he said.

He made the remarks while addressing a CPD press briefing on the ‘State of Bangladesh Economy and Upcoming National Elections Priorities for Electoral Debates’ at BRAC Centre Inn Auditorium here on Sunday.

Now, he said, eligible and honest candidates are not getting nomination as election has become a big investment.

Another distinguished fellow Mustafizur Rahman said political parties must discuss the issues of economic challenges and how to resolve those.