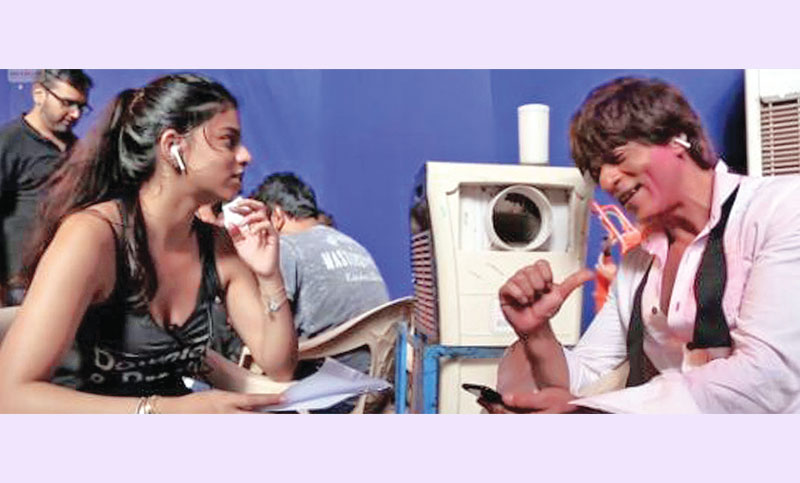 Seems like Bollywood’s Badshah Shah Rukh Khan has his own secret advisor, and it’s none other than his daughter Suhana Khan! In a recent tweet, SRK revealed how Suhana helped him learn the lyrics of the song ‘Mere Naam Tu’ from his upcoming movie ‘Zero’, reports Mid-day.

The snap features the ‘Raees’ actor taking lessons from Suhana on how to memorise the lyrics on the sets of the flick. “Of all the things I have done for Mere Naam Tu...this is the sweetest. My daughter teaching me to get the lyrics right on the sets. Hope after she sees the song she approves,” read his tweet.

The doting dad, who often showers love and praises on his kids, earlier took to social media to laud Suhana after watching her play ‘Juliet’ in London. The 53-year-old even commended the entire team for the exceptional work.

SRK’s darling daughter made her entry into the glamour world by becoming Vogue India’s cover star for their August issue. It is also well known that Suhana is keen on becoming an actor; however, her parents - Shah Rukh and Gauri Khan - have insisted that she completes her education first. SRK’s upcoming film ‘Zero’ also stars Katrina Kaif and Anushka Sharma. The Aanand L. Rai-directorial is slated to release on December 21.