Screening of Kedarnath banned in seven districts of Uttarakhand 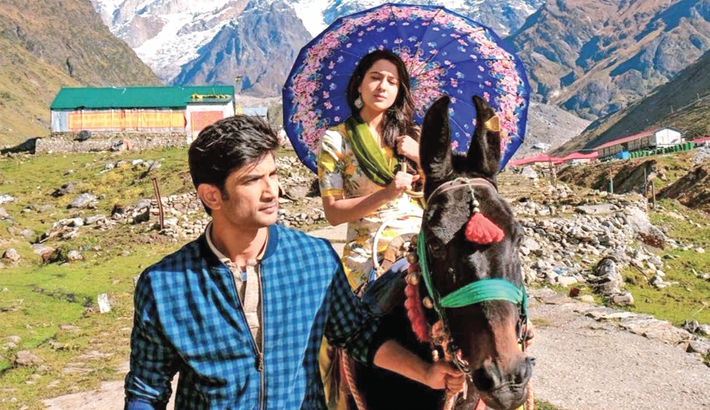 A ban has been imposed on the screening of the film Kedarnath in seven districts of Uttarakhand in view of protests by Hindu outfits, a senior official said, reports Indian Express.

The decision has been taken by District Magistrates concerned in view of the situation prevailing in their areas, ADG (law and order)Ashok Kumar told PTI on Friday.

There will be no screening of the film in seven districts of the state where Hindu outfits have protested against the film burning effigies of film-makers, he said. The districts where the film has been banned include Dehradun, Haridwar, Nainital, Udham Singh Nagar, Pauri, Tehri and Almora, the ADG said.

The district magistrates of Nainital and Udham Singh Nagar had on Thursday imposed a ban on the screening of the film.

Set against the backdrop of the 2013 deluge, the film, which depicts the love story of a Muslim porter and a Hindu girl on a pilgrimage to Kedarnath, releases Friday.

Sushant Singh Rajput and debutante Sara Ali Khan portray the lead characters in the movie. Those seeking a ban on the film accused it of hurting Hindu sentiments and alleged that it was promoting love jihad.