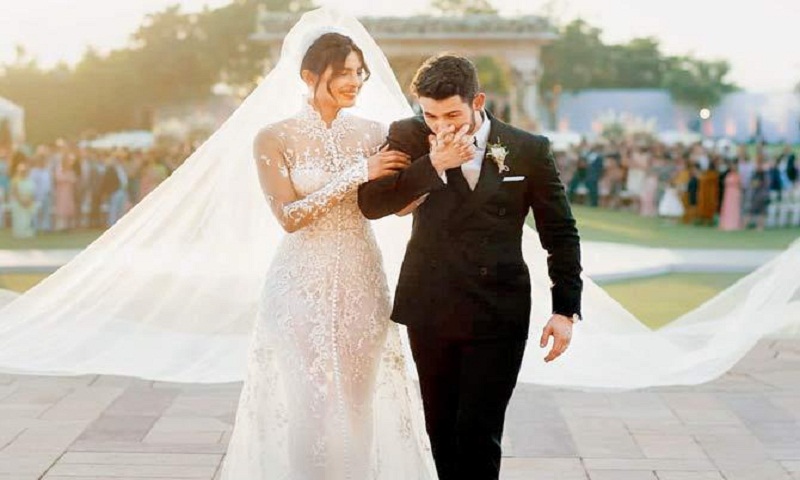 Social media went into a tizzy yesterday after an article in New York magazine's The Cut accused Priyanka Chopra of manipulating singer Nick Jonas into marriage. Netizens jumped to the defence of PeeCee. Facing a backlash, the references to PeeCee being a 'scam artiste' were initially deleted and later, the article was pulled off the site. The editor's note read: 'Upon further editorial review, we found this story did not meet our standards. We've removed it and apologise', reports Mid-Day.

The article titled, 'Is Priyanka Chopra and Nick Jonas's love for real?' termed PeeCee a 'scam artiste who tricked a naive and young Jonas into a lifelong commitment when all he really wanted was a fling'. It further read, 'Nicholas Jonas married into a fraudulent relationship against his will'. The article, written by Mariah Smith, also said 'Priyanka intends to break Nick's heart' and advised him to run away on the horse he arrived to his wedding on. 'Priyanka's indulgences and what she views as necessities speak volumes of her personality and what she'll do, or think she needs to do, for her career.'

It also shamed her for buying expensive things and said that their relationship doesn't make sense. Sonam K Ahuja, Swara Bhasker and Sona Mohapatra were among the first to slam the article. Sonam tweeted, "For a publication that shows women what they are made of @TheCut has a lot to answer for. The article was sexist, racist. Also, it's written by a woman which is sad. It reeks of envy and bitterness. @mRiah shame on you (sic)."

For a publication that “shows women’s what they are made of” @TheCut has a lot to answer for . The article on @priyankachopra was sexist , racist and disgusting. Also it’s written by a woman which is so sad. It reeks of envy and bitterness. @mRiah shame on you! https://t.co/bmbbX7LrAT