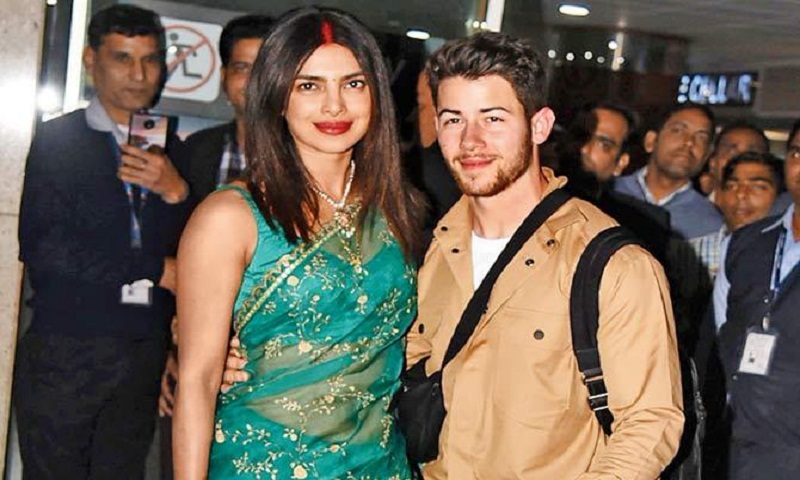 Priyanka Chopra and Nick Jonas arrived in New Delhi on Monday ahead of their wedding reception. PeeCee chose a green embroidered saree, while Nick Jonas kept it casual for their first public appearance after tying the knot in Jodhpur over the weekend, reports Mid-Day.

The couple has incurred the wrath of animal rights groups for using horses and elephants at their wedding ceremony. They have accused the couple for animal cruelty.

PETA India tweeted, "Elephants for weddings live in chains and horses are controlled with whips. People are rejecting elephant rides, people are having horse-free weddings. Congrats, but we regret it was not a happy day for animals (sic)."

PETA also shared its video from four years ago, highlighting the woes of the animals, titled, 'Captive Elephants in Jaipur: PETA India's 2014 Inspection'. The couple, who left Jodhpur on Monday, are yet to respond to the remarks.

Priyanka, who is a vocal asthmatic, was lambasted for hypocrisy after the sky was lit up with spectacular fireworks post the first nuptials. The couple has also been slammed for the extravagant display of fireworks during their wedding. On Diwali, the actor had urged people not to burn firecrackers and celebrate a pollution-free festival of lights.