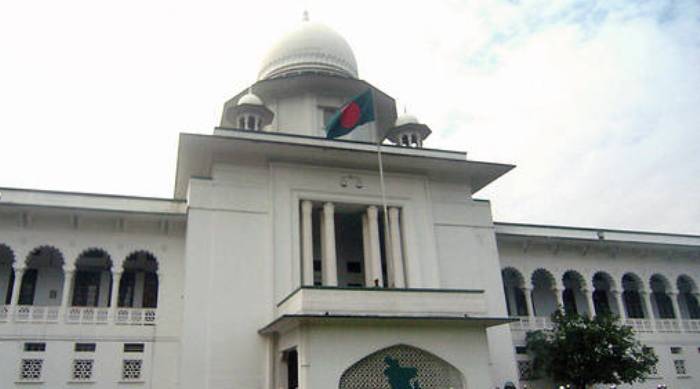 The High Court on Monday asked the Bangladesh Standards and Testing Institutions (BSTI) and law enforcement agencies to take necessary steps to stop the supply of unauthorised bottled water.

An HC bench of Justice Sheikh Hassan Arif and Justice Razik-Al-Jalil came up with the order following a writ petition filed in the form of public interest litigation.

It also sought a report through the attorney general within 15 days on what steps the BSTI has taken in this regard.

Besides, the court issued a rule asking the government to explain as to why its failure to provide pure drinking water in bottles and jars should not be declared illegal.

Secretaries of the Food and Health ministries, Director General of the Directorate General of Health Services, Managing Director of Water Supply and Sewerage Authority (Wasa) and three others have been made respondents to the rule which is returnable in four weeks.

On May 22, a report titled ‘Bottled water synonymous with fraudulence’ was published in a daily vernacular.

On May 27, Advocate Shammi Akhter filed the writ petition with the High Court attaching the report.