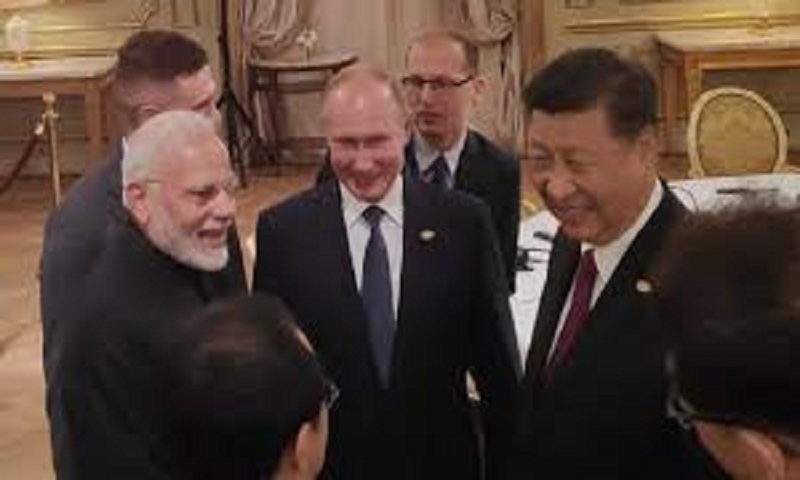 Prime Minister Narendra Modi, Chinese premier Xi Jinping and Russian President Vladimir Putin on Friday held a trilateral meeting, the second among the three countries after a gap of 12 years, on the sidelines of the G-20 summit here to discuss cooperation in various areas, reports Hindustan Times.

The Russia-India-China meeting came hours after Prime Minister Modi, his Japanese counterpart Shinzo Abe and US President Donald Trump held their first trilateral meeting on the margins of the summit.

Earlier in the day, India, Japan and the US discussed major issues of global and multilateral interests in their first trilateral meeting, which assumed importance in the wake of China flexing its muscles in the strategic Indo-Pacific region.

At the meeting, India underscored its firm commitment to make the Indo-Pacific a region for shared economic growth, reports Hindustan Times.

Asserting that India will “continue to work together on shared values”, Modi said, “When you look at the acronym of our three countries -- Japan, America, and India -- it is ‘JAI’, which stands for success in Hindi.”