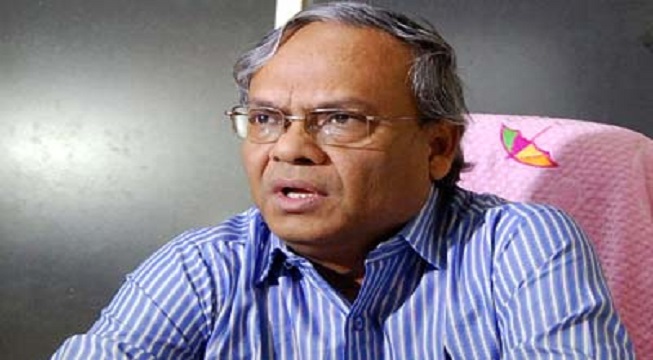 BNP on Friday alleged that Prime Minister Sheikh Hasina herself creating barriers towards ensuring a level-playing field by 'violating' the electoral code of conduct.

Speaking at a press conference at BNP’s Nayapaltan central office, he further said, “Isn’t the retired army officers’ commitment of working for Awami League at Ganobhaban in presence of the Prime Minister a violation of the electoral code of conduct?”

The BNP leader also said Sheikh Hasina’s such ‘illegal’ activities have demonstrated that the government is again moving on to hold a unilateral and voter-less election.

Rizvi alleged that the Prime Minister on Tuesday made ‘indecent and provocative’ remarks against BNP chairperson Khaleda Zia, its acting chairman Tarique Rahman and the top most leader of the Jatiya Oikyafront. “She can’t make such statements after the announcement of the election schedule. The Prime Minister violated the code of conduct with her offensive comments.”

He said Hasina also took interviews of Awami League’s nomination seekers at Ganobhaban, held a meeting with returning officers, and worked out plans with minsters and MPs at Ganobhaban to ensure her party’s victory in a 'lopsided election'.

The BNP leader alleged that though they lodged written complaints with the Election Commission (EC) about the violation of the code of conduct by the Prime Minister, it still did not take any action against her.

He said the Election Commission is providing the government all-out cooperation in holding  a stage-managed election.

Rizvi urged the EC to exercise its constitutional authorities to ‘restore’ people’s ‘lost’ voting rights. “We hope you will take prompt action against the Prime Minister for violating the electoral code of conduct, and take steps for creating a proper election atmosphere.”